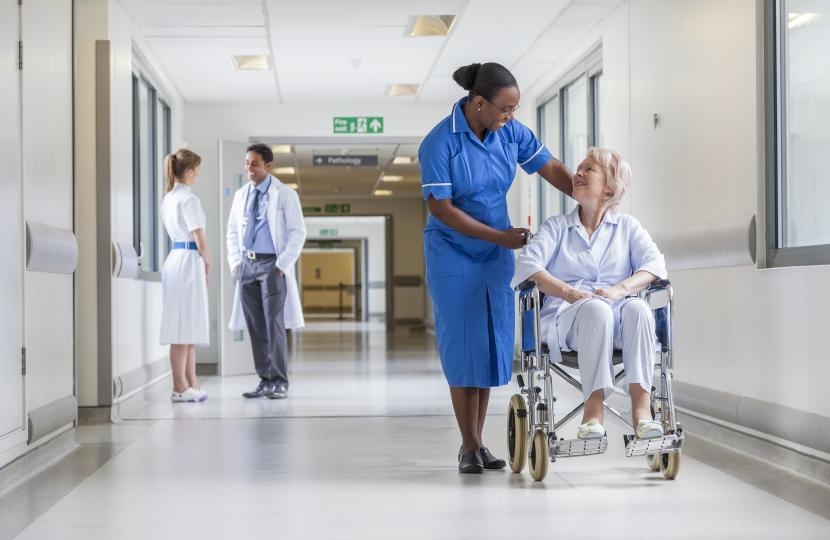 Last year, the CPF published a discussion paper on the important subject of adult social care. That was interrupted by the snap general election, during which the debate moved on significantly. This paper picks up and widens that discussion.

The "short version" below excludes graphics, background material and endnotes, for those who prefer only the core discussion material.

In response to our discussion on health and social care, we received submissions from 124 CPF groups representing 150 constituencies and at least 1199 members across the country. This represents the largest number of submissions since the 2015 general election (and possibly ever) and more than 10 per cent above the average number of participants.

Over seven thousand people also participated in our most recent online Members' policy survey and hundreds joined us last month for our CPF Q&A video conference with the Environment Secretary, Michael Gove. This was recorded and can still be viewed (the actual broadcast starts at around 14:50) online.

We anticipate organising a similar video Q&A with the Health & Social Care Secretary, Matt Hancock, next month (plus another later this month with the Party’s Vice-Chair for Policy, Chris Skidmore, to discuss the PM’s Policy Commission) – so, if you do not already receive CPF updates via email but would like to be kept informed about such opportunities, be sure to join the CPF mailing list via our Join tab).

What follows is an overview of the key points raised by CPF groups. The summary includes ideas that were received last year from 60 CPF groups in response to our discussion on adult social care, which was interrupted by the snap general election. Those submissions represented the views of 68 constituencies and at least 515 members.

A more detailed collation of policy suggestions has been presented to the Director of the Prime Minister’s Policy Unit, the CPF Chairman and the Party Vice-Chairman for Policy. We are delighted that the PM’s Policy Unit would also like to organise a roundtable discussion on social care with representatives from 7-8 different CPF groups in the next month, ahead of the publication of a Green Paper on social care in December. We also look forward to publishing a formal response to members' ideas in due course.

As is often the case, several suggestions highlight the greater need for the government to communicate better what it is already doing and has already achieved. E.g. Groups seem unaware of the development of the new NHS app that allows patients to book GP appointments, order repeat prescriptions, view their medical record and access 111 online access for urgent medical queries. If members with an interest in policy are unaware, then it is certain that the general public have not noticed.

There were also calls for the following, though others recognised that there would be considerable costs and/or political difficulties associated:

David Peat, the Chairman of Ribble Valley Conservative Association made the following contribution to the discussion:

Success in medicine,living conditions,has lead to an exponential lengthening of life expectancy.(NB Recent research suggests that life choices (use of narcotics,smoking,lack of exercise,poor diet) will both increase pressure(cost) on health services and possibly/probably lead to no increase/decrease in life expectancy.

A key practical matter is the law on charging ;NHS Charges are regulated ;Social Services tend to be locally determined .It matters where patients become clients .There are also differences about carrying patients/clients re insurance and duties;Apart from ambulances, NHS staff (e.g. district nurses) cannot carry patients;social workers can carry clients!

(We did research and found

1 that over 1/3 of weekend hospital admissions were social i.e. no where else for older people who were "off" to go

3 there is a broader point here that Small area (street ) analysis shows that relatively few families consume Police,Health,Social Care resources(Dordrecht I think it was called)

NHS , Burnley Council,Lancashire County ran a Citizens Jury whereby a district judge took evidence from local people about their needs/ ideas resulting in health , education , practical help ( eg walking buses) in a very deprived indigenous area. Other area ( BEM) worked through local community organisation to tackle gender and age sensitive health matters ie it's about segmenting population and asking them . Quite a few other examples too .