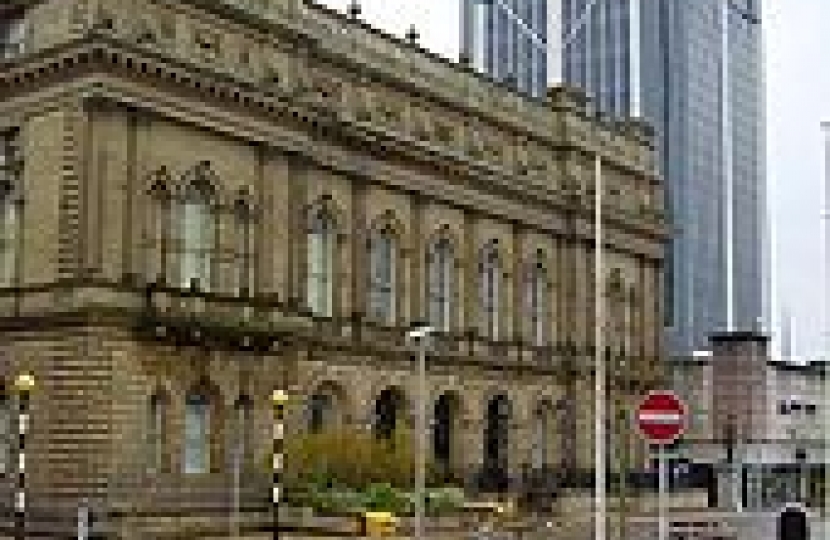 Ken Hind, Campaign Organiser for Ribble Valley Conservatives commented -' “In the Borough Elections we pledged to protect the independence of the Ribble Valley Borough Council and the Association will fight any attempts to force the Ribble Valley to be part of this proposed 'Super Council'.We support the 2 tier system of local authority organisation and the continuation of  Lancashire County Council. The Association is represented in both Councils with a total of 32 councillors and we provide  a powerful voice to the people in this area.”

''Any involvement in this super  authority  will result in us being dominated by Burnley and Blackburn  and will destroy Ribble Valley’s  identity. This monolithic entity will  be dominated by Labour and we  know Senior Labour politicians in East Lancashire have written to government ministers to urge its creation. The plan is roughly based  based on a proposal put forward by former Labour Foreign Secretary Jack Straw.  Local Conservatives have been approached to join this Council and have rejected this idea out of hand, will continue to oppose involvement in this proposed new authority.”

''Our concerns are that this proposed Super Council  will  be highly inefficient when compared to the low tax and high service levels currently enjoyed by Ribble Valley residents.There is little in common between the predominantly urban old  mill towns of East Lancashire and the rural Ribble Valley, the largest Borough geographically in Lancashire. The rural voice of the Ribble Valley will be lost and we will become the cash cow for urban Lancashire, our council tax will rise and large amounts of this tax will be spent outside the current Borough boundaries in East Lancs. We will lose control over important decisions  such as planning new homes, economic policy, the creation of new jobs, attraction of new businesses  and infrastructure. In this new council our  fewer local councillors will be outvoted by those from  Labour controlled areas.”

County Councillor Albert Atkinson President of RVCA and Lancashire County Council Cabinet member for Rural Affairs and Technical Services commented ''As Conservatives in Ribble Valley we will  fight to protect the independence of the Ribble Valley Borough Council and preservation of the 2 tier council system.

''We know we have a powerful voice at Lancashire County Council and  have in the last few months seen the re-opening of Chatburn and Whalley libraries, millions spent on additional school places in Barrow, Whalley, Clitheroe, and Langho. Extra funding for our roads particularly potholes repairs , rejection by County Councillors of additional road parking charges in Clitheroe Whalley and Longridge, retention of the 280 bus service and the travel exchange at Clitheroe station.”

''We  recognise the need to cooperate with  neighbouring  local authorities but reject being dominated by them.''