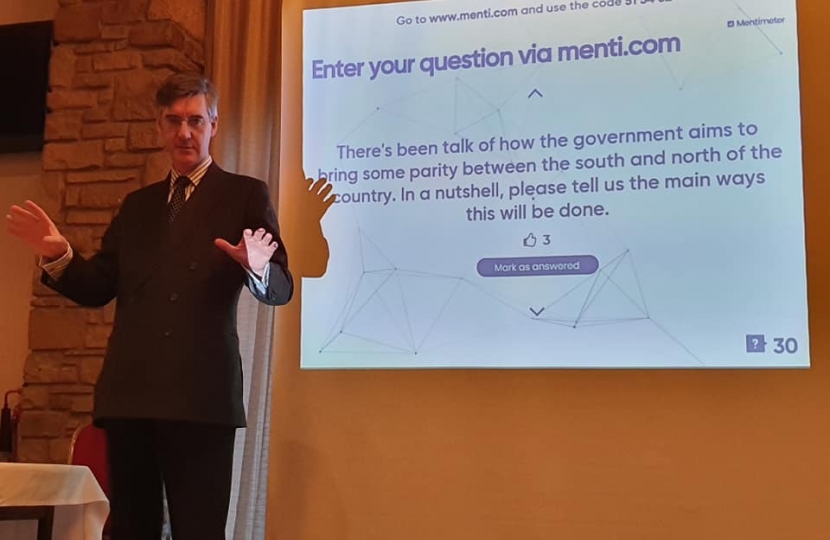 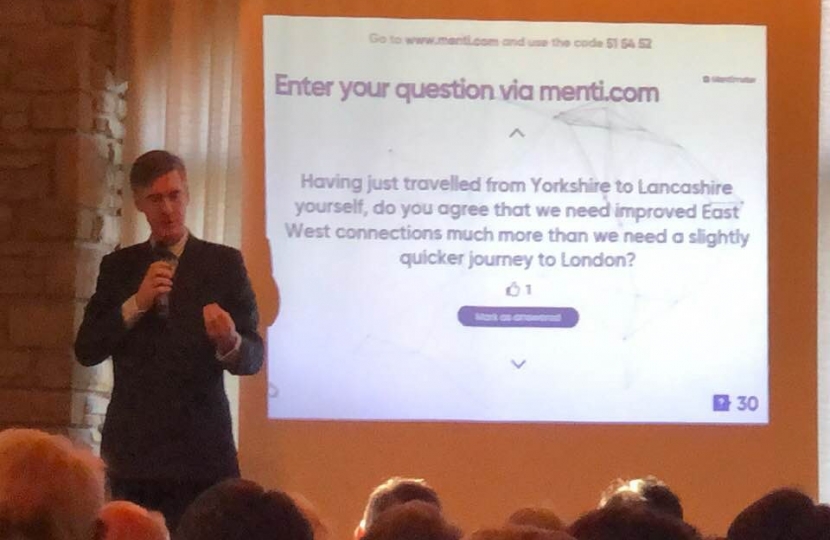 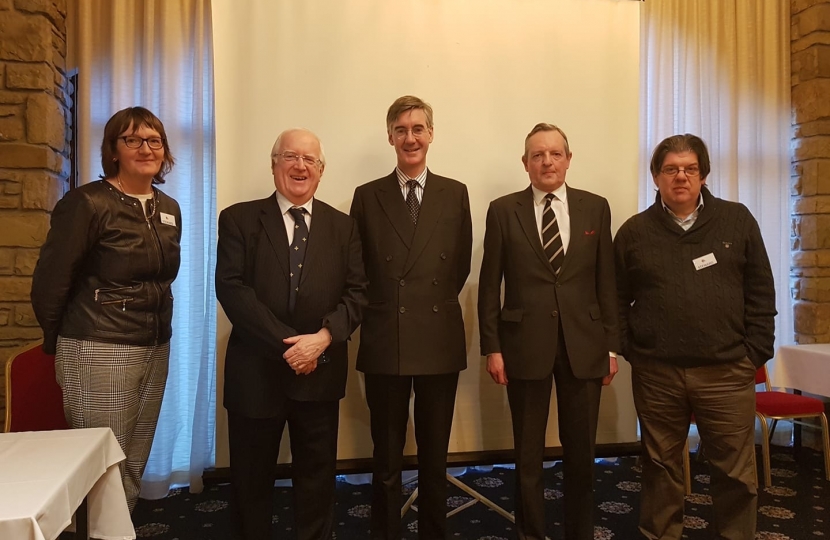 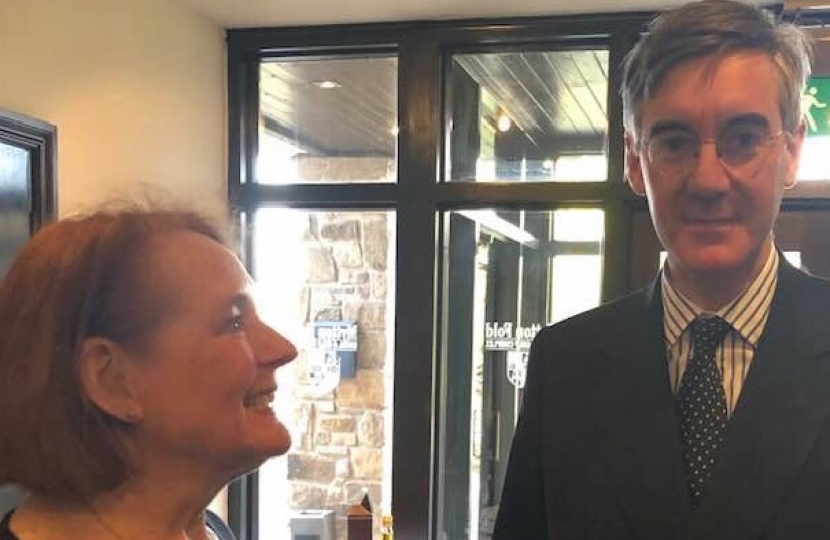 On Thursday 20th February an audience of over 100 Conservative Party Members from across East Lancashire attended a Question Time Session at Mytton Fold Hotel with recently re-appointed Cabinet Member and Leader of the House of Commons, Jacob Rees Mogg.

The Mogg or JRM as he is known by Party Members gave a talk on Modern British Conservatism before taking questions for an hour and a half from local party members from across East Lancashire on a whole host of national, regional and local issues.

Jacob congratulated his audience on their knowledge and their willingness to ask probing questions about issues of importance to local people. He described Conservative Party Members as the “foot soldiers of the party”. He admitted that, “the rewards of being an MP were owed entirely to the shoe leather expended by constituency members at election time which was why events like this were so important linking the world of Westminster with the real world in constituencies right across the country”.

Party Members asked a series of questions on wide-ranging issues such as the Economy, HS2, Transport in the North, the recent flooding, Brexit, Boris Johnson being Prime Minister and last but not least his favourite brand of Scotch Whisky as he signed a bottle of House of Commons Whisky to be auctioned off at a future event.

For Whisky aficionados Jacob said he was not a big whisky drinker, gin was his favourite tipple along with Somerset Cider where he was MP for, but if he had to pick a brand he particularly enjoyed it was Laphroig.

The Deputy Chairman Political of Ribble Valley Conservative Association questioned JRM about the recent flooding which had taken place in Whalley and Longworth Road & Chew Mill Lane in Billington. He related his answer to his own experience and knowledge of flooding in the Somerset Levels in his own constituency encouraging National Authorities to focus on the dredging of rivers and how this could deliver positive benefits for communities which were located on or in close proximity to the side of fast flowing rivers.

David Peat, the Chairman of Ribble Valley Conservative Association hailed, “an incredibly successful event at a time of day on a Thursday when a large number of people were working. It was a very well attended event despite major traffic problems with North West Electricity carrying out repairs following major power cuts after the flooding in Whalley and a serious accident on the A59 bypass. I would like to thank all those who attended for taking the time out to do so. We will certainly be looking to replicate the event with other Cabinet Ministers although they would be hard pressed to be as knowledgeable and answer such a wide range of questions from equally knowledgeable party members willing to challenge national politicians on a such a diverse range of issues.”