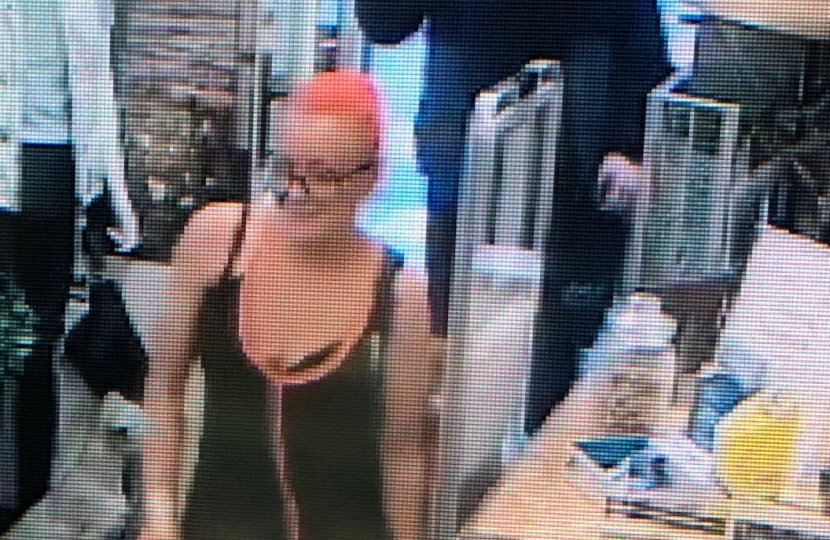 In an  incident at Ken Vareys shop in town centre of Clitheroe on Wednesday 5th June , a shoplifter fought with 2 shop assistants over a stolen jacket , the CCTV  has been shared on social media and has  had 189.000 impressions on Twitter alone -   but the police have not yet been to visit the shop owner Kevin Horkin to investigate.

Kevin Horkin commented ''I placed the CCTV online on facebook and twitter to ask the public to identify the perpetrators and it has gone viral on social media. However other than a phone call from a PCSO who complained the incident was on social media, I am still waiting 5 days later for the police to visit, pick up the CCTV footage and investigate.

''The suspected  female shop lifter in the incident is a woman with red hair and a tattoo, - very distinctive in appearance and I am sure someone will know  her, possibly including serving police officers. Our staff should not have been put in danger from potential violence like this and I pay tribute to their diligence and courage''

“I see  real importance in supporting the police and the use of CCTV to combat crime .What is needed is a more equal distribution of police resources throughout the County to protect small towns and rural areas and not  not merely  focus the lions share  on the bigger towns ''

On behalf of Clitheroe Conservatives Ken Hind Clitheroe resident and former RVBC  Council Leader commented ''The CCTV in Clitheroe Town Centre should be used to trace the movements of the alleged thieves on the day .Council tax payers in the Ribble Valley pay £100,000 each year for town centre CCTV in Clitheroe , Longridge and Whalley, with  24 hour monitoring. This service is available to the police and should be used in this case. We have to combat professionall shop lifting teams who may think Clitheroe shops are an easy target. Kevin Horkin's actions in  '' viewing and shaming'' the thieves will at least make shop lifters think  twice before coming to the Ribble Valley.”

''We need to protect our shop keepers and counter the 'retreat from rural policing policy' operated by the present Police and Crime Commissioner, Clive Grunshaw and press for reopening Ribble Valley police stations in Longridge and Clitheroe  to the public. Police calls for help  in situations faced by the shop -  Ken Varey or householders whose homes are broken into, result in a police response sent from Blackburn or Colne. By the time the police arrive on the scene the thieves have long fled.”

''Clitheroe and the Ribble Valley demands and should get better tougher policing to protect our homes and shops and we look for a Police and Crime Commissioner who will provide that.''