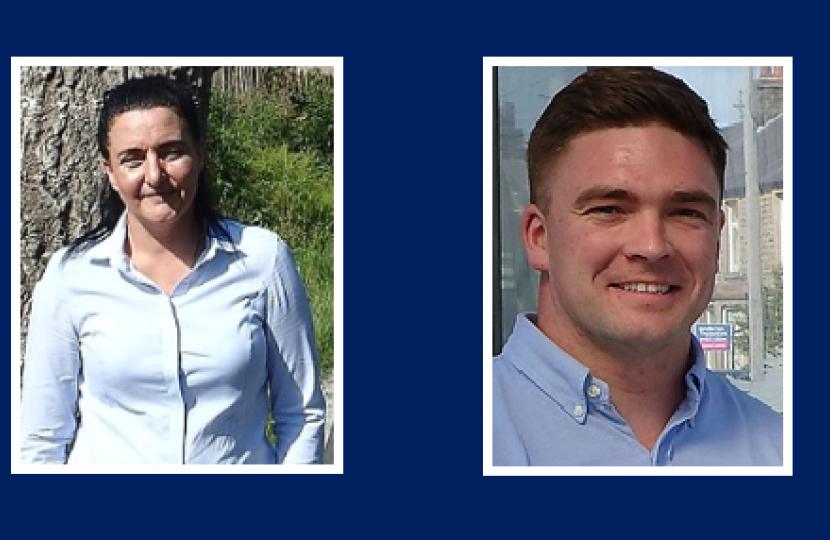 Both candidates are Clitheroe residents aware of the problems of the Town and standing for both the Clitheroe Town Council and Ribble Valley Borough Council in by elections forced by the resignation of 2 Clitheroe Liberal Democrat Councillors who have left the area to live elsewhere.

Kevin Horkin former Clitheroe  Town Council Mayor supporting the two candidates commented   ''Whilst a Town Councillor I urged the Liberal Democrat dominated Town Council on 3 occasions to consider creating a Neighbourhood Plan for our town. It would have followed the example of Longridge, a smaller but very similar community to ours, in providing a third tier of legally enforceable requirements that applicants for planning permission would have to follow.''

''Any Council or group drafting a Neighbourhood Plan can apply for a  government grant to help prepare it and as in the case of Longridge.  RVBC planning department will work with the Town Council to complete the plan which will culminate in a referendum for residents in the whole of Clitheroe to approve it . The Town Council has never asked the residents what they think or want and unilaterally decided against any attempt at creating such a Plan.'' 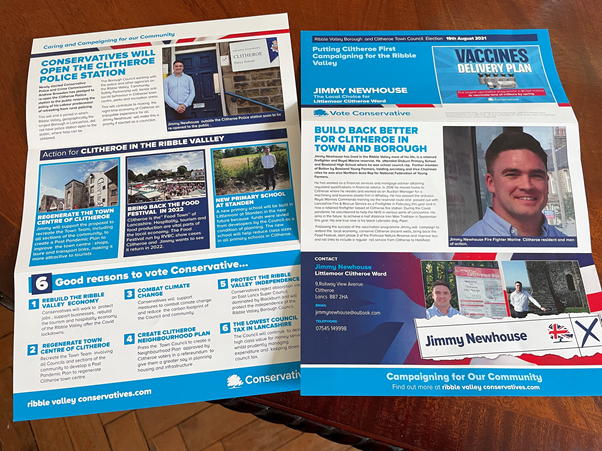 There are over a 1000 Neighbourhood Plans approved in England; mainly in beautiful rural towns and villages like Clitheroe which are under pressure from developers. Some local authorities like Daventry have 27 Neighbourhood Plans. Others cover wide areas like Eden Valley in Cumbria. As such it is not an answer to all excessive planning but gives Clitheroe residents an additional  voice in  shaping  the future of their community.

Deputy Chairman of the Conservative Association, Hamish Mcfall commented ''The residents of both Littlemoor and Primrose wards deserve better than to be deserted by their previously elected Lib Dem Councillors. Those two Councillors, sitting on the Ribble Valley Borough Council (RVBC) by standing in May 2019, by implication promised to serve a full 4-year term. Instead, they have cut and run.

Now is the right time to elect two Conservatives as Councillors, two people who will serve their communities and serve their full term in the best interests of all people living in Littlemoor and Primrose. 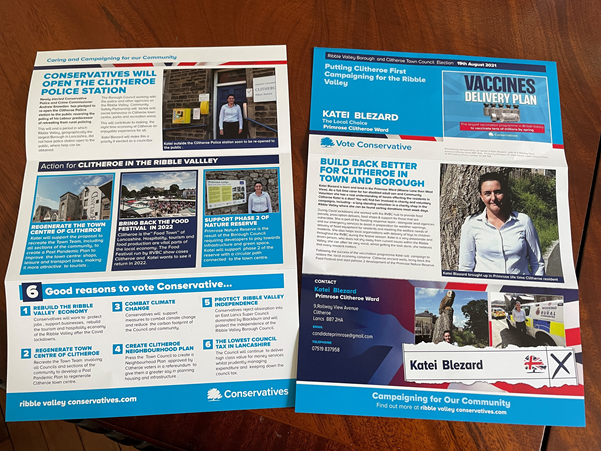 The By-Elections are being held on Thursday 19th August. We urge all residents to use this opportunity to have their say and to vote for Blezzard in Primrose and Newhouse in Littlemoor.''