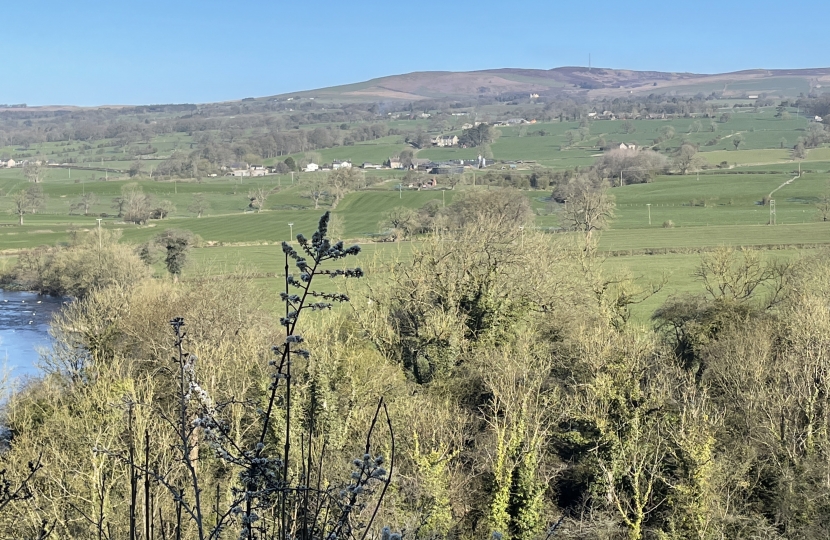 Conservative County Council Candidates for Bowland and Longridge, Rupert Swarbrick; Ribble Valley North East, Ged Mirfin, Alan Schofield; Ribble Valley South West, and Kevin Horkin; by-election candidate for West Bradford and Grindleton, see the Harp project as the biggest civil engineering project in Lancashire which will have a major impact on the villages in Bowland for many years to come.

They understand its size and complexity and will represent the views of residents in the Lancashire County Council and Ribble Valley Borough Council. Both councils will be consulted about road improvements, earth moving, routes for traffic and compensation for residents who are adversely affected. In addition they will represent the views of parish councils and the public to the government, MP’s and to United Utilities who are commissioning the work. Individual residents seeking compensation and assistance will also be assisted.

What is the Harp Project?

The Haweswater Aqua duct Resilience Programme (Harp Project for short) will have a major impact upon the Bowland area, particularly the villages of Waddington, West Bradford and Grindleton. The project will involve up to ten years of works and disruption to repair a 109km Lancashire pipeline, built between 1933 and 1955 capable of carrying 570 million litres a day. The diameter of the pipeline is big enough to walk or drive down. The pipeline currently serves 2.5 million people in Cumbria, Lancashire and Greater Manchester with water. A key section of the new pipeline will pass through a newly excavated tunnel under Marl Hill near Waddington Fell between Newton and Braddup – off Cross Lane, Bashall Eaves.

The multi- million £ project, one of the largest ever to be to be undertaken in United Utilities’ history, has been necessitated by age of the underground pipeline, which runs for 67 miles from the Cumbrian Haweswater reservoir to a water treatment works north of Manchester.

Engineers examined the existing pipeline and identified areas of concern that posed a potential future risk to both water quality and supply. The inspection showed that major work was needed to ensure the resilience of the pipework requiring the replacement of all six tunnel sections along the length of the aqueduct.

The project is extremely challenging from an engineering standpoint. It’s a massive undertaking and of such a huge scale that it will cause disruption to the lives of the residents for many years to come.

The main construction project is scheduled to begin in 2023. Under the current proposals all heavy traffic from the A59 will be redirected via Chatburn; along Grindleton Road in West Bradford; and on to Waddington. This work will require a significant amount of heavy machinery, heavy goods vehicles and personnel to travel between the A59 and Waddington Fell. How this is to be achieved is currently being considered with several feasibility surveys on the potential impact on the community, countryside and road networks.

Council candidates will make sure disaster management protocols are in place in order to ensure that potential catastrophes are avoided.

Our Council candidates see the Forest of Bowland AONB is a large area which potentially will be affected which is why it is important that the factors which can effect negatively on the lives of the villages of Bowland are fully taken account of before the Harp Project commences.

Clitheroe County Councillor Sue Hind today called upon businesses in the Ribble Valley which have suffered during the Covid crisis and who are continuing to suffer - to make application to the Government's  AGR scheme for assistance.