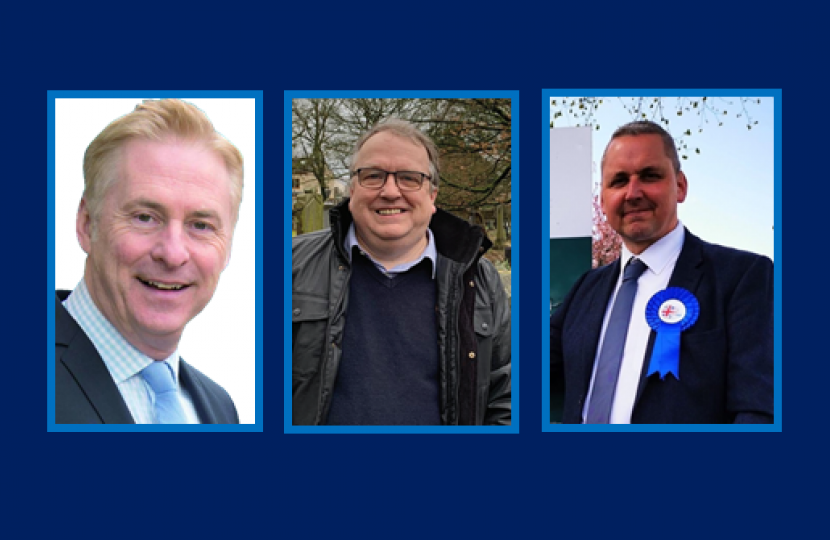 The election of Robin Walsh in Mellor is a validation of the work done by his brother Councillor Noel Walsh who was one of the longest served Councillors on Ribble Valley Borough Council whose untimely death led to this by-election. The fact that Robin has been succeeded by his brother is a great moment for the Walsh family and the years of service Noel delivered the residents of Mellor. It is pleasing that Robin will be able to carry on his brother’s legacy.

Steve Farmer, is a family man with a deep and embedded commitment to his local community, Langho football club where he is a coach, Langho Church and also a member of the Parish Billington and Langho Council. Steve achieved 65% of the votes cast, a recognition of the community’s confidence in him.

Conservative Chairman Councillor David Peat “I would like to commend the hard work and dedication of our candidates, election team and members in achieving these results.  Particular mention should be made of Stuart Hirst the by election co-ordinator who skillfully helped to direct the campaigns.

Councillor Stephen Atkinson, the Leader of Ribble Valley Borough Council stated, “I feel really proud of the dedication and humility shown by Council Staff in delivering the democratic process in a Covid safe environment. We often take it for granted in this country how hard our public servants work to deliver the results of a democratic election when in a number of countries around the world this simply does not happen."