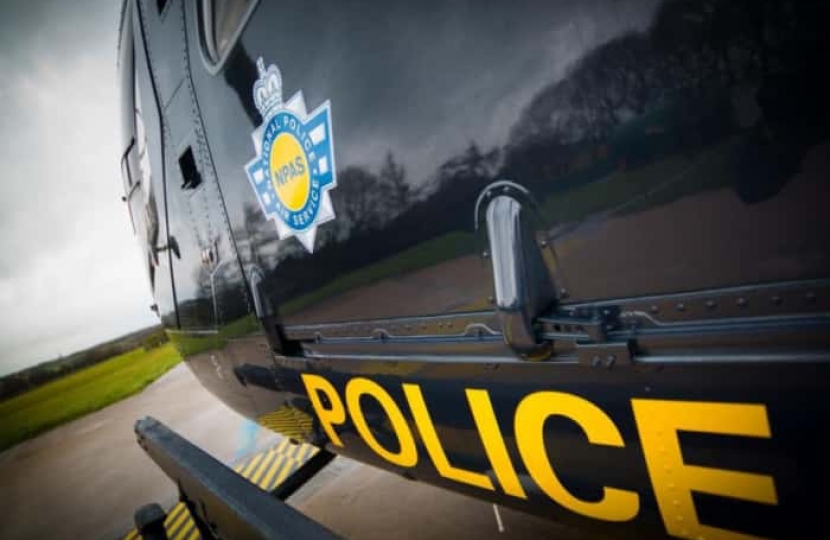 Ken Hind, Ribble Valley Council Leader has written to the Chief Constable and Police and Crime Commissioner Grunshaw expressing concerns about increasing crime and lack of police resources in the Ribble Valley. .

''There have been a number of incidents in recent days that have raised the concern of residents The first is raised by elderly residents in about anti social behaviour in the centre of Longridge where young people are making the lives of pensioners at times unbearable. They are using and discarding so called legal highs and causing disturbance in and around the bowling green and Berry Lane.”

''The second was Abi Smith, a Longridge lady who in her words '' As my boyfriend and his friend went to the shop and 8.30 the door went to think it was them coming back in only to realise that no one walked into the front room I went out to the hallway to find 3 lads who can’t be any older than 15 one carrying a knife my friends son (2 years old) shouted daddy as he thought it was his dad coming in they then said ‘they have kids’ and ran off. I can’t believe kids are carrying kitchen knives and walking into peoples houses . Please be careful and lock the door. I don’t know what would have happened if my friends son didn’t shout '' - source Your Longridge Facebook Page.

”The third  was a recent fight involving up a number of  people fighting in the centre of Clitheroe.a week ago at 8.15pm on Saturday night. This potentially could  destroy the night time economy of  Clitheroe by driving people away to what they see as safer venues.”

“As a community we are deeply concerned about the closure of front desks at police stations in Clitheroe and Londridge and that police officers are called out from Blackburn and Colne not locally to deal with crime on our streets. The Chief Constable has referred the matter to the Divisional Commander to look at the recent problems and I will reaise all these matters with her.”

“The lack of police resources is partly caused by a deliberate retreat from rural policing by Mr Grunshaw the Police and Crime Commissioner to whom I have written to ask him to take rural crime more seriously. Ribble Valley is the biggest borough geographically in Lancashire yet we do not have a police station to which the public can have access.The Commissioner has just appointed a deputy, a fellow Labour activist at the public expense to assist him. This was against the wishes of most of the Police and Crime Panel members  where I and my fellow Police and Crime Panel Member, Councillor Ged Mirfin, expressed the view that the money could be spent much better on front line policing.”

“We all recognise that police resources have been reduced but the issue is how and where they are spent. In meetings I have offered to the Commissioner support from local Conservatives to lobby M Ps and the Home Office to change the formula by which government calculate funding for the Lancashire police. We regret this offer has not been taken up as this is not a party political issue but one that is of concern to the public and all politicians in every party.and we want it solving.”