Councillors Call for Objections to Reduced Hours for Refuse Disposal Stations in Lancashire. 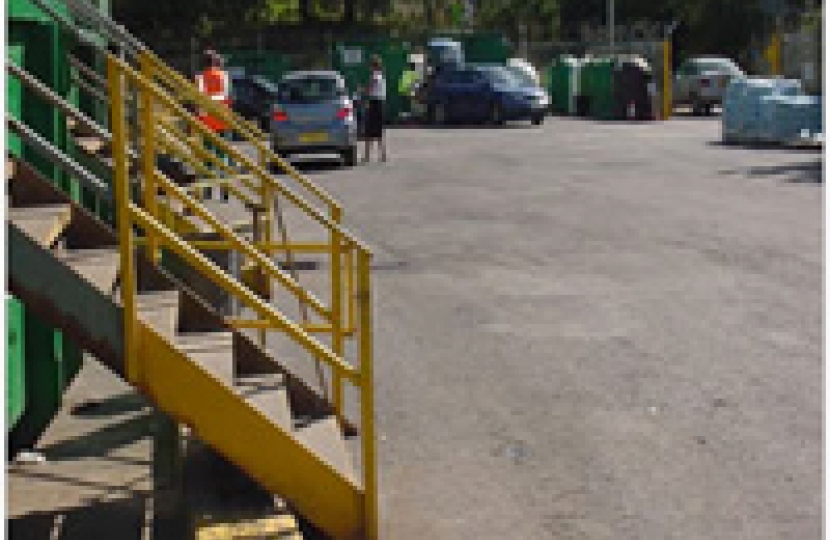 Deputy Chairman of the Ribble Valley Community Committee Conservative Councillor Richard Newmark who represents Sabden has called for the public to object to the proposal to reduce the number of hours of opening of Waste Disposal Stations in Clitheroe.and Longridge.

Councillor Newmark commented, ''We recognise that the Lancashire County Council who run the waste disposal stations are under pressure financially but reducing the hours of access to households and businesses in the Ribble Valley for waste disposal  will increase the amount of fly tipping that is taking place. If this can be avoided it should be  This issue comes to a Lancashire County Council scrutiny Committee next week and we have asked our County Councillors Ian Brown for Clitheroe and David Smith for Longridge to raise the public's concerns at the committee. As the largest Borough in geographical terms in the County it is important to keep adequate hours of opening for these centres particularly in the light of new housing increasing the population. It will mean travelling to Burnley or Preston for residents and the temptation for some will be to dump the rubbish.''

Council Leader and Longridge Dilworth Councillor Ken Hind noted '' When the Lancashire County Council save money the public look to the Borough to step in.The County Council are the disposal agency for waste but the Ribble Valley Borough is the collection agency. If fly tipping increases due to shorter hours  at waste stations, the Borough has the duty to clear it up and picks up the cost. Last year there were 724 separate fly tipping incidents in the Borough.”

''Although Clitheroe and Longridge are not the largest waste disposal stations in the County  they are some of the busiest in terms of visits from the public and we must keep them open.”

''There will be most likely a consultation on this issue so we ask the public to object to reduced hours and stress the need to keep these two stations open as an essential service for the public.''