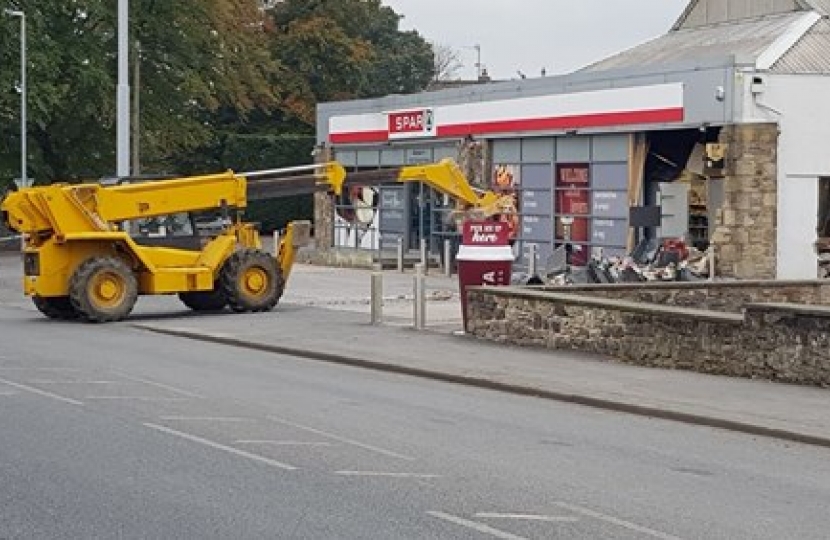 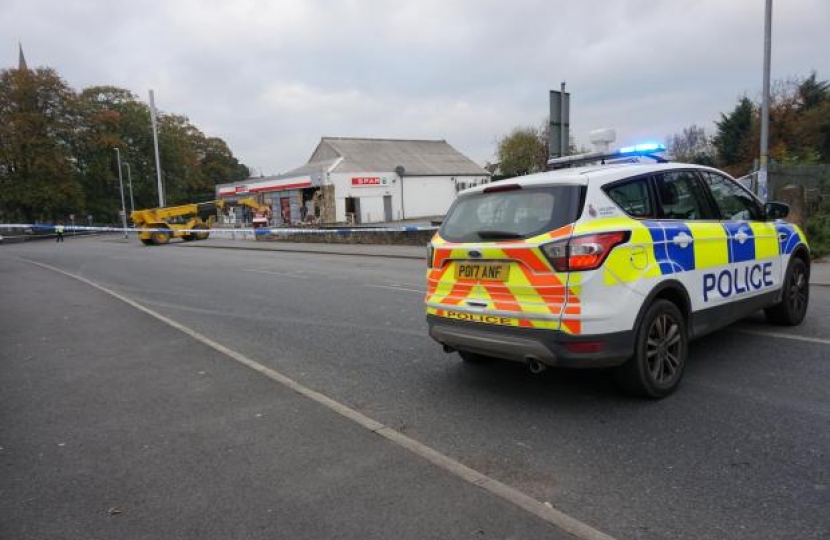 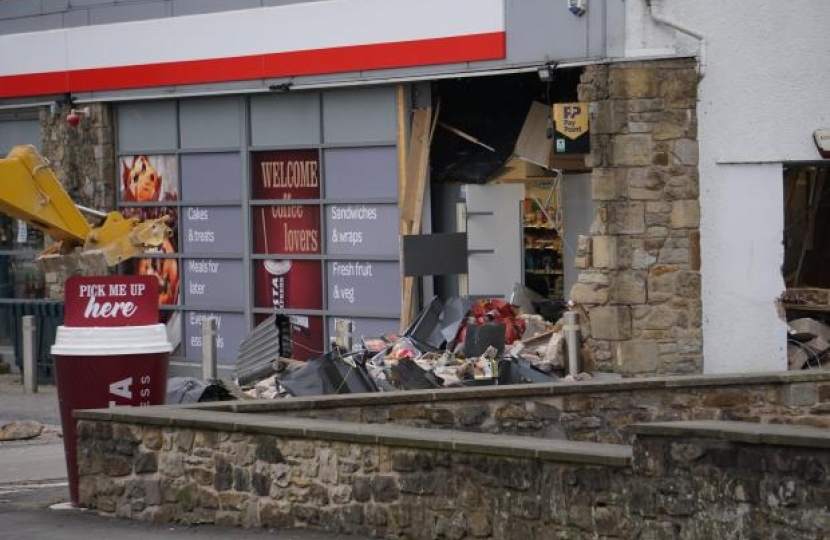 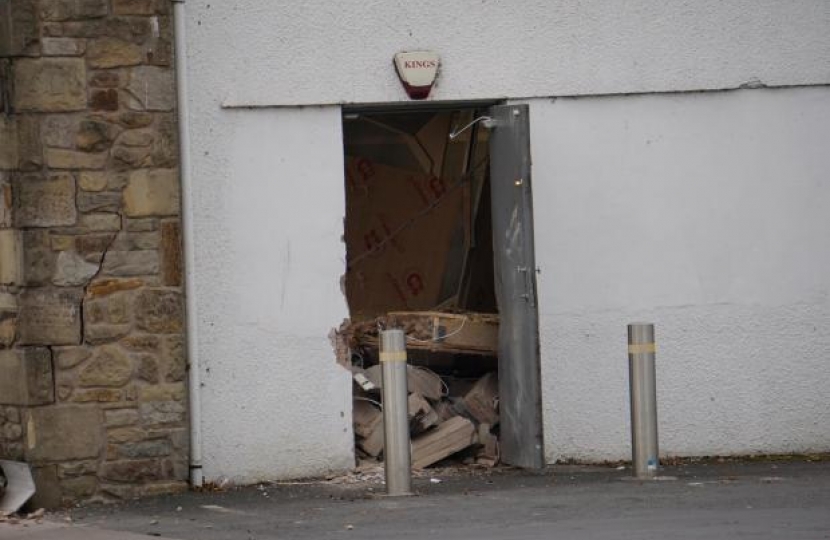 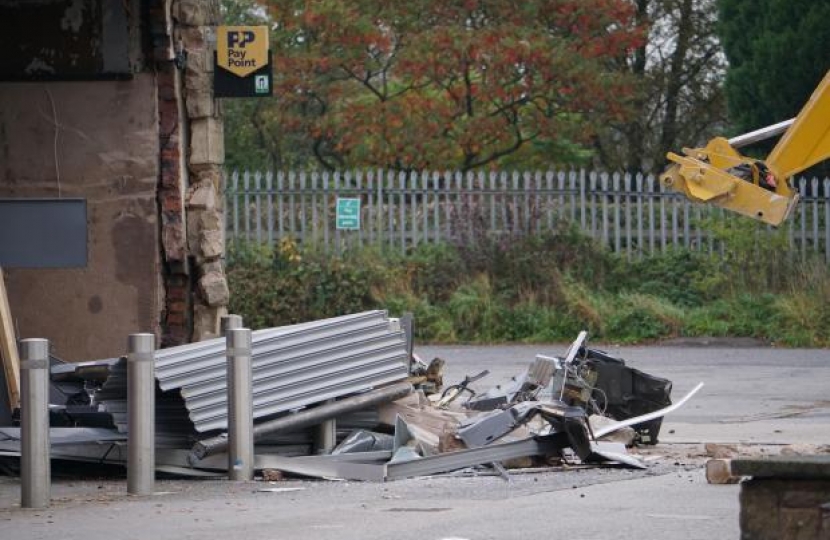 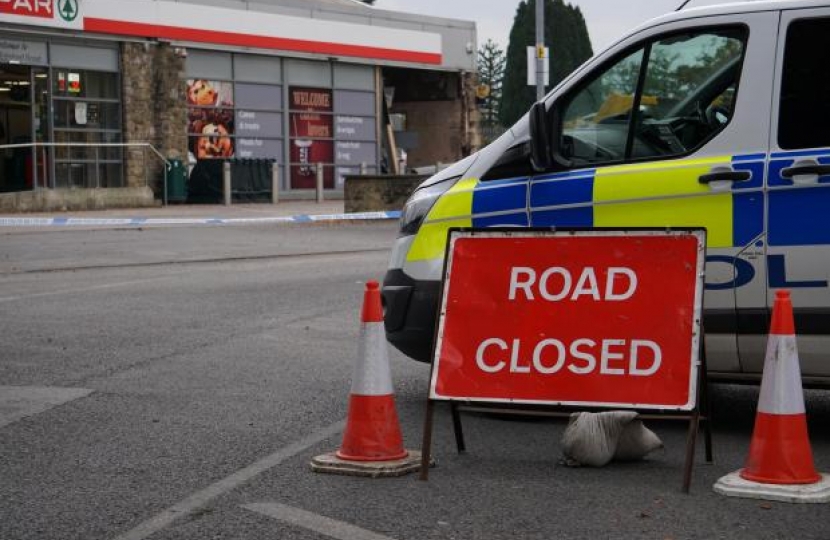 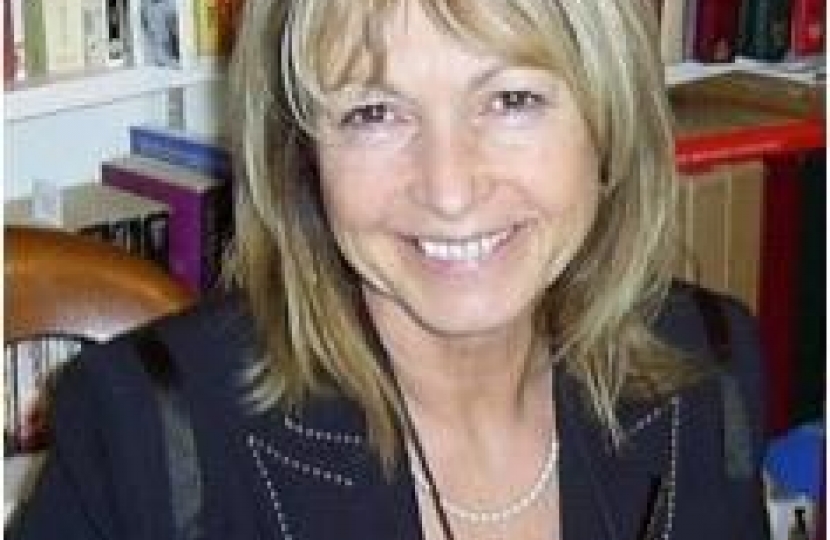 Councillor Sue Hind, who represents Edisford & Low Moor on Ribble Valley Borough Council has called for an extension of CCTV Cameras along Edisford Road and More Regular Police Patrols following a ram raid at Spar on Edisford Road using a JCB n which it is thought tens of thousands of pounds were stolen.

Councillor Hind states, “Correct me if I'm wrong but a JCB like the one shown in the pictures in the news is pretty hard to miss. It's very big and very yellow which makes it easy to track on CCTV Cameras along Edisford Road, if we had any that is! There is an urgent need to extend CCTV coverage from Clitheroe Town Centre along Edisford Road, particularly given that Spa appears to have become a high profile target.”

Councillor Hind continues, “The Conservative Group recently carried out research showing that Recorded Crime in the Ribble Valley over the last Calendar 12 months increased by 31.5% almost twice the Lancashire Average increase of 17.4%. Edisford is one of the hotspots as far as the increase in recorded crime is concerned. In the last 12 months (September to September) there have been 569 Calls made to the Police – an increase of 62 (12.2%) on the previous years. In the same period 123 Crimes have been recorded – an increase of 53 (a massive 73.6% more)than the previous year. The figures are really concerning!”

Councillor Hind continues further, “ Violence Against the Person and Vehicle Crime are the most frequent categories of recorded crime recorded in the Ward and have seen the largest increase over the last 12 month period. The kind of organised crime witnessed last night is of another order altogether. This was clearly a ram raid that was planned in advance especially given the theft and use of such a large piece of plant machinery. I can well imagine that hardened criminals must have been watching the store closely to know just when to strike.It's just lucky that staff weren't inside at the time. This is all extremely worrying but it is just the kind of thing that would have been picked up on CCTV.”

Councillor Hind continues yet further, “The Headmaster of Edisford Road Primary School, Mr. Pye has been complaining to me about illegal drug taking on the School Fields and in close proximity to School Buildings after the hours of darkness by gangs of local youths who leave behind all sorts of drug paraphenalia, in particular nitrous oxide cannisters which have been found by pupils at the school. It is really worrying.”

Councillor Hind concludes, “The progressive withdrawal of rural policing and the closure of the police front desk in Clitheroe have not helped an increasingly stretched Police Force whose budget is being cut – too far in my opinion which is why I have written to our MP, Nigel Evans asking him to do something about the police budget in particular the funding formula which punishes rural areas of Lancashire unnecessarily. In the meantime surely more frequent police patrols along Edisford Road would deter potential criminal activity and drug use on school premises.”

Structural damage caused to the building and the cash machine was taken but found in a field in Roughlee. Rubble and pieces of the shop wall had been left on the forecourt, showing where the thieves had broken in and removed the safe. The JCB telehandler had earlier been stolen from Slaidburn Road in Waddington.

As Councillor Hind states, “It takes rather specialist knowledge to even start this machine, let alone operate it. More and more crime like this is happening in sleepy little villages as robbers from out of town know that there is little or no police in the towns and that response times from Greenbank, Colne or Preston are such that brazen criminals commit audacious acts in the knowledge that they will not be caught. That is why we need an open, fully manned and highly responsive Police Station in Clitheroe. There currently isn't one in the Ribble Valley because they have all been closed by the Labour Lancashire Police & Crime Commissioner, Clive Grunshaw because there is a perception that crime is not serious enough in the Ribble Valley to justify one. This incident completely repudiates that argument. In the meantime we are the only Local Authority in the entirety of Lancashire without a fully functioning Police Desk. It's not just a case of it's not good enough. Valuable local intelligence like potential information on robbers casing the joint is being lost or missed.”

Detectives are appealing for information following the incident and are keen to speak to anyone who can help with their enquiries.

Det Sgt Mark Holland, of Lancashire Police, said: “An investigation is underway following a cash theft in Clitheroe. Offenders have used a JCB digger to ram the front of the store before ripping out an ATM machine. The thieves have then taken a quantity of cash before making off from the scene. We are appealing for information and are keen to speak to anyone who can help with our enquiries. Did you see anyone acting suspiciously in the area around the time of the offence? Did you see a JCB digger being driven towards the scene or a vehicle making off from the area at high speed? Any information, no matter how seemingly insignificant, could prove crucial to our investigation.”

Anyone with information can contact police on 101 or email 1438@lancashire.pnn.police.uk quoting log reference 0114 of October 19. Alternatively independent charity Crimestoppers can be called on 0800 555 111.