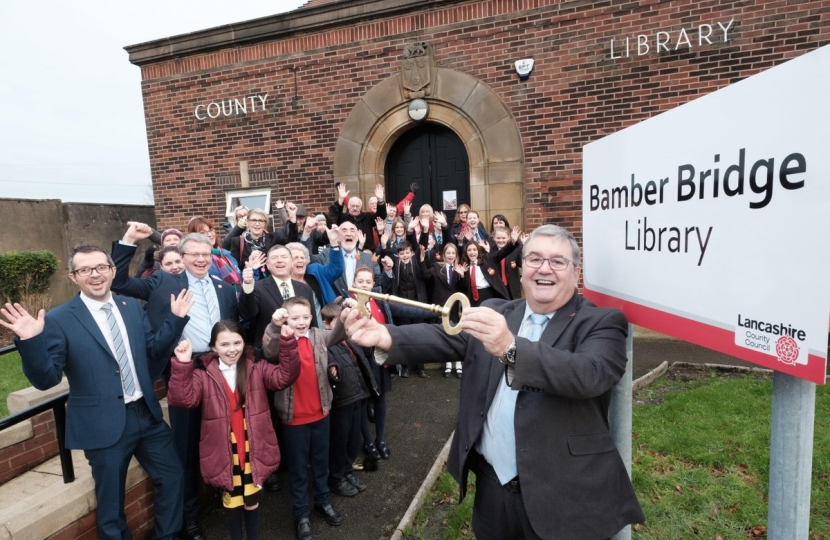 This will give local residents  the opportunity to question the  Labour Leaders desire to boost local democracy which we fully support in the Conservative party.

On the day of this meeting  Councillor Foster and his deputy Councillor Titherington will be returning from a court in Manchester where the former South Ribble Chief executive is suing them personally along with the Borough Council for unfair dismissal .

The public need to ask a number of questions '-

1.Who is paying the costs of this case and how much is costing the council tax payers of South Ribble ?

Which master do these officers serve ?

3.Is this a “merger by stealth'' of Chorley and South Ribble local authorities with an plan to eventually merge both with Preston ?

4.Why is it necessary to hold all committee discussions on merging services with Chorley in  secret behind closed doors - why are the  principles of what is happening not in the public domain ?

5.When is the Labour Party going to tell the voters of South Ribble what is happening and then consult them about this merger by stealth ?

6. When is the Labour administration going to explain the chaotic state of its finances described by the independent   Borough auditor in January  2021 as ''catastrophic failings''?

7. Will they be responding to the complaint to the Local Governmnet Ombudsman  from Conservative Councillor Barrie Yates that the disciplinary procedure for councillors at South Ribble is not independent but biased and unfair, used by Labour councillors to attack their opponents.?

The Conservatives in Bamber Bridge look forward to answers.