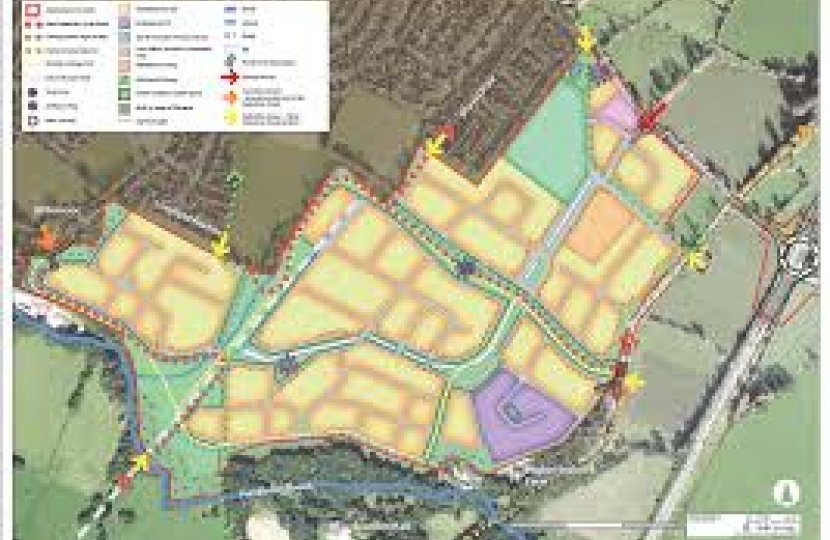 Ribble Valley Conservatives welcome the announcement by County Councillor Phillippa Williamson , Lancashire County Council  Cabinet Member responsible for schools, who has just  announced a  consultation on the construction of a new primary  school on the Standen Estate in Clitheroe.

‘’When the Ribble Valley Borough Council gave outline planning consent for the Standen Estate involving construction of 1040 houses, it included a site for the new school. The developers will make a major contribution to the cost of building the school which  will meet the need to increase primary school places in Clitheroe.”

The Chair of Planning and Development Dr. Alison Brown states, ‘’This announcement is the result of  Councillors long term planning for Clitheroe. Borough Councillors are very concerned that infrastructure keeps up with housing development in the Ribble Valley. An important part of this is creating extra  school places as  part of an education strategy that involves  increasing  primary school places in Whalley, Barrow, Clitheroe and other parts of the Ribble Valley. In addition there is a parallel increase in secondary school provision  taking place in Clitheroe with the Grammar School and Ribblesdale High School each adding an extra stream of 30 places in each school year. All these places are funded from so called 106 contributions from developers required as a condition of planning consent for houses.''

Section 106 is a legal agreement between an applicant seeking planning permission and the local planning authority, which is used to mitigate the impact of new homes on the local community and infrastructure.

Planning obligations under Section 106 of the Town and Country Planning Act 1990 are commonly known as 106 agreements. As such, Section 106 Agreements often require a financial contribution, made prior to the project starting. Section 106 is charged based on the specific needs of the local community. The common uses of planning obligations are to secure financial contributions to provide infrastructure and require a sum or sums to be paid to the authority on a specified date or dates or periodically often in line with what are known as “trigger points” or “staging posts” in large housing developments when an an agreed number of houses have been built and occupied.

Further money has come from developers as various trigger points have been reached so the amounts eventually committed will be much higher in the future as educational Need is identified.

Cllr Ged Mirfin, who has led the research on this project states that, “in total LCC have 'secured' S106 contributions of £13,685,359 (secured being defined as agreed within a S106 but not yet received). The contributions are sought from developers based on agreed trigger points as particular numbers of dwellings within a development are occupied.”

There is a presumption that all new schools are set-up under the so-called “free school” model, operated by a sponsor, which could come in the form of a charity, faith group or even a group of parents.

Cllr Alison Brown states, ‘’We welcome all applications to run this new 210 place primary school whether from churches voluntary or commercial groups.”

Like all local authorities with education responsibilities, the county council would have to cover the start-up costs of a free school in its area and manage the ongoing financial viability of the institution, together with with the operator.

County Councillor Williamson commented  “There is strong support from Ribble Valley Borough Council and the estate landowner to build a new school at the earliest opportunity.The idea would be to create a one-form entry initially, but have the flexibility to expand further as this development moves into later phases.”

Conservative Councillors in both Ribble Valley Borough Council and Lancashire County Council will work together to make sure this school is built and provides a high standard of free education to Clitheroe primary school children.

The initial capacity of the school would be 210 pupils, but with around three quarters of the Higher Standen Farm Estate yet to be built, flexibility would need to be needed to ensure that the new facility continued to meet demand.

It is important to recognise therefore that key decisions taken with regard to the expansion of existing Primary Schools in Clitheroe should be taken on the basis of available classroom footprint and space per pupil as well as the number of pupils per class. These along with the need to maintain social distancing in the classroom as a consequence of the Covid pandemic have been the key drivers of whether a New School needs to be built not just whether an existing school has physical capacity for expansion.

Cllr Stephen Atkinson, the Leader of Ribble Valley Borough Council states, “This is a great opportunity for potential sponsors including faith and non-faith groups including Educational Trusts and Charities as well as of course the Parents themselves in particular catchment areas to get involved. We look forward to working with Local Residents to facilitate the delivery of the New School. The focus of this government is on levelling up, on infrastructure needs and how we can make the lives of people in this country better. We would now welcome the County Council reviewing the adequate provision of Secondary School Places in the Ribble Valley. Of the Secondary Schools in the Ribble Valley half have either faith or academic selection criteria which emcompasses children from outside the Ribble Valley and this significantly reduces Secondary School capacity for Ribble Valley residents. The County Council needs to factor in these issues when assessing Secondary School capacity. Otherwise Ribble Valley residents may in the future have to travel outside of the Borough for Secondary Education. Through existing 106 Agreements significant funds are already agreed in principle  which when completed should levy significant contribution towards the cost of a New Secondary School."

Nigel Evans, the MP for the Ribble Valley states, “Major infrastructure improvements like this school, increases in school places and the roundabout on the A59 are essential to improve local facilities''

The Plans for the Development of the Standen Estate Site can be viewed at: