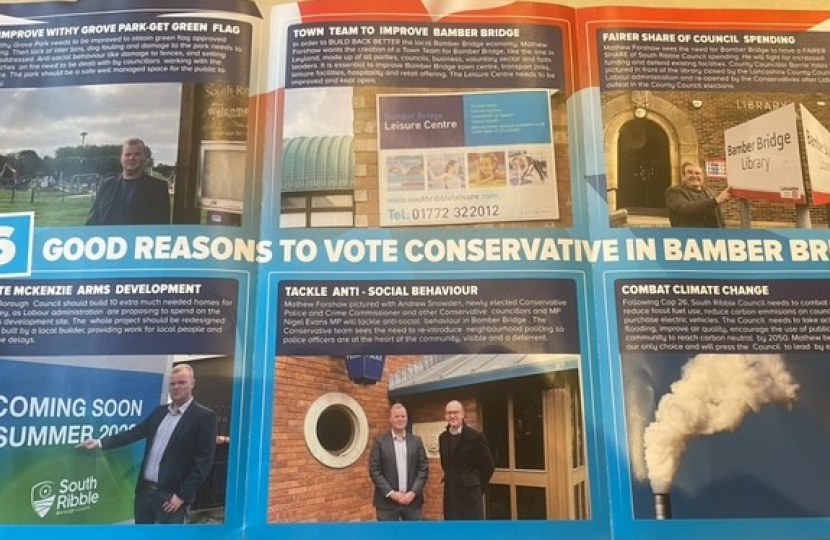 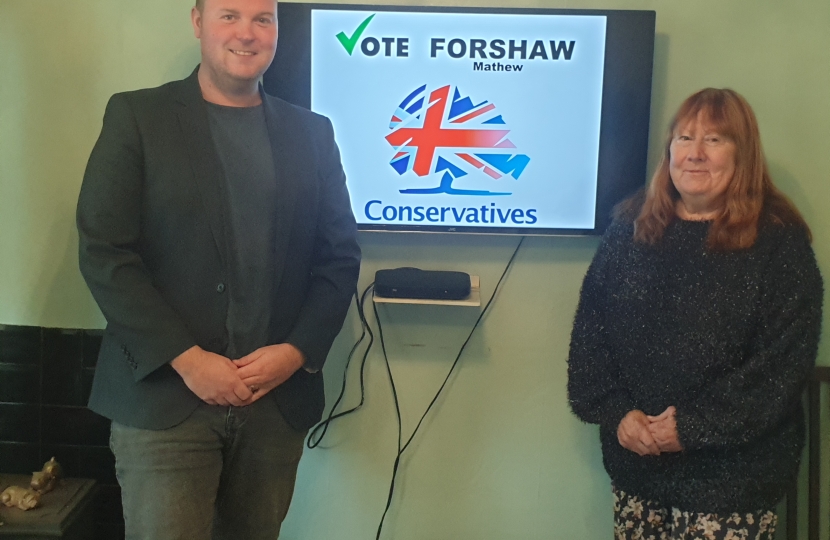 Former UKIP candidate in the May 2019 has proposed and endorsed the Conservative Candidate Mathew Forshaw in the Bamber Bridge East by election for the 18th November 2021. and urges her 241 supporters in that election to vote for him.

Marie Carole Forshaw commented; ''The Conservatives have delivered Brexit and at all levels of government, local and national, the Conservatives are the most capable of taking advantage of it. Their levelling up policy means spending tax payers money in those areas which require  improvements in infrastructure, transport links, the local economy and services.

''I appreciate that this election is about local issues and Mathew is a Bamber Bridge resident who appreciates the local problems. He is a local business man helping to run 3 hospitality businesses in Bamber Bridge, employing 45 people including a business in Leyland. He understands finance, managing people, talents that he will bring to running a council. His knowledge will be useful in taking advantage of opportunities following Brexit and the need to level up in South Ribble. He will bring new ideas and enthusiasm to a staid council ''

''His life has not been an easy one and from being a homeless 16 year old he has made something of himself, despite personal hardship. He understands the difficulties that people who are less well off face and will empathise with their difficulties.

''As a lifelong resident of Bamber Bridge I am concerned that the Labour Party have taken us for granted for a long time and done very little for the area. We need a strong voice someone who is dedicated and dynamic and Mathew provides that role - he will speak up for us.

Of the 3 Labour Councillors representing Bamber Bridge at present, none of them live in their respective wards, Mathew's heart, business and home are firmly in Bamber Bridge East.

Promoted and published by Ken Hind ,on behalf of Mathew Foreshaw both of 9 Railway View Avenue, Clitheroe BB7 2HA