Local Councillors Call for an Example to be Set 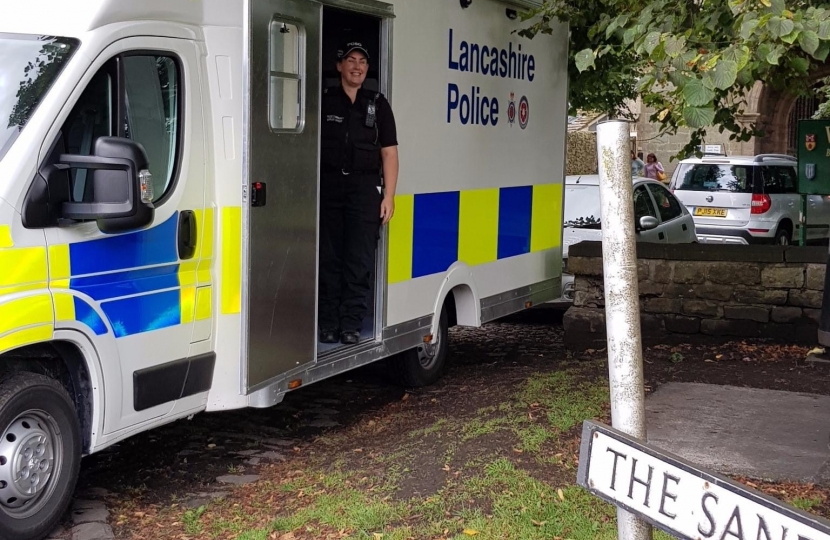 Ribble Valley Borough Councillor for Whalley & Painter Wood, Ged Mirfin states, “It is only when one of the trouble-makers are arrested and the sanctions of the Law brought to bear that there is likely to be an impact on long-term persistent anti-social behaviour taking place in Whalley.”

Councillor Mirfin continues, “ I was really pleased that Ribble Valley Police in the form of Sergeant Mick Greenwood and PCSO Katie Ferguson attended the recent meeting of Whalley Parish Council which took place on Thursday 20th August to meet with members of the general public who raised concerns about the recent escalation in Anti Social Behaviour which has taken place in and around the village on the Sands, Whalley Weir, the Public Toilets in the Centre of the Village and Whalley Abbey.”

Councillor Mirfin further continues, “I share Ribble Valley Constabulary’s frustration about the difficulties of intervening with a group of young people and preventing them going further down the slippery slope to greater criminality.”

Councillor Mirfin continues yet further, “I recognise that it is an incremental process when it comes to dealing with young people. My frustration is that the situation will need to escalate before something happens and that the police will need to catch them in the act with evidence of wrong-doing including drugs on their person before an arrest can be made.”

“I am encouraged to the learn that Ribble Valley Police have already made visits to the home of at least one known perpetrator and that the parents of the individual concerned were shocked and disappointed at what had happened. I hope they applied appropriate sanctions to their son or daughter.”

Councillor Mirfin concludes, “The Problem is that every one knows who the members of this small gang of miscreants that are making everyone’s life hell are. I would like nothing better than to name them but would fall foul of defamation of character and libel were I to do so!”

“What I can report is that the public in Whalley have got better at reporting Anti Social Behaviour providing the Police with the vital intel necessary to track the vehicles of known and suspected local drug dealers and to attend locations where gangs of youths congregate.”

“The fact that Ribble Valley Police turned up at the Sands Outside Whalley Abbey with their Mobile Police Station provided vital reassurance for local residents particularly the elderly who have been terrorised by large gangs Of youths gathering, drinking, smoking and taking drugs. Hopefully the increased and more visible police presence will help crackdown on this problem. In the meantime it is vital that the public continue to report instances of Anti Social Behaviour as and when they occur helping the police to build up a complete picture of what is happening.”

“It would be too easy to say I blame the parents, young people are socialised into Anti Social Behaviour via number of routes including: school, peer group Pressure, social media and the culture portrayed on TV. I agree with Sergeant Mick Greenwood however, when he stated unequivocally, “We should not forget that at the end of the day smoking cannabis is illegal.” The parents of these children, for that is what they are, would do well to remember that.”

Finally, Councillor Mirfin states. “As for those who mention a lack of facilities for Youth in the Village can I just point out Whalley Tennis & Cricket Club Club, Oakhill Leisure, Langho Football Club and the new Sporting Facilities just a stones throw away at Roefield in Clitheroe and of course the Public Swimming Baths at Edisford Pool all of which offers a wide variety of sporting pursuits to get involved. Need I say more.”

Councillor Mark Hindle states, “I am pleased to see the focus of the local police to address the issues of drug taking and low level intimidation by local youths on the Abbey grounds in Whalley. This area has been a long standing concern for local residents who have complained about drug dealing on the Sands just outside the Abbey.

Councillor Mirfin and I are pleased to see that the issue is being taken seriously by the Police and their ongoing efforts with the local community and a multi-agency approach based on a meeting of Local Schools, Ribble Valley Borough Council and  Lancashire County Council brought together in a meeting initially organised by the Parish Council to tackle these issues are beginning to identify issues and gaps in service provision albeit not at the pace that both Parish or Borough Councillors would like or wish. We are both calling for a programme of activities to improve the situation on the ground and demonstrate clearly that Anti Social Behaviour will not be tolerated blighting people’s lives. Local people should be able to live their lives without fear of intimidation or abuse.”