Longridge Re dedicates the Recreational Field on the centenary of the 1914-18 War in memory of the 94 men who gave their lives.and protect a playing field for future generations 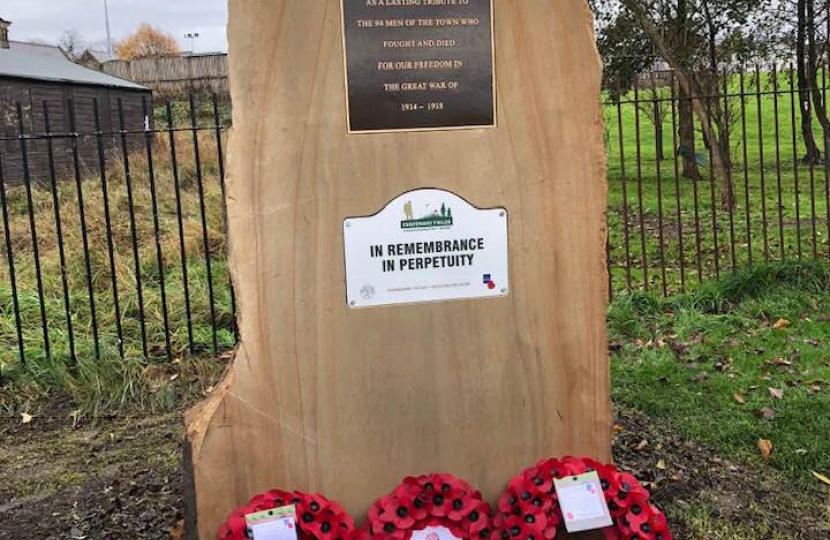 ''Rededicating the Longridge Recreation Ground on 11th November remembrance day marking the 100th anniversary of the 1914-18 war in memory of 94 who died was a major event for the people of Longridge''- says Ribble Valley Council leader and Dilworth Councillor Ken Hind. 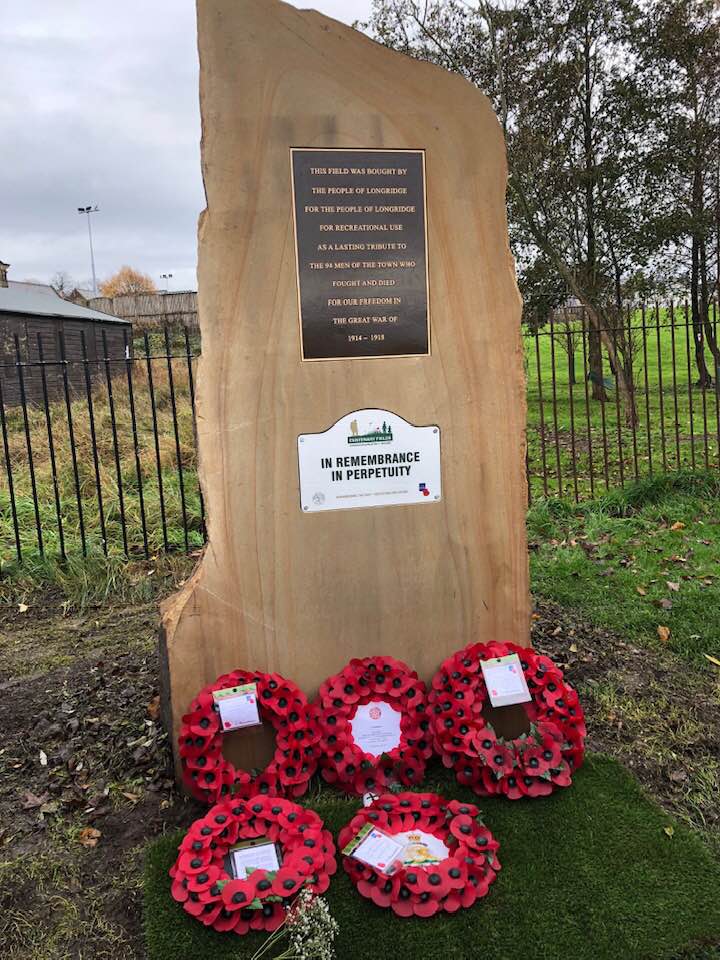 Attended by hundreds of Longridge residents Borough Council Mayor Councillor Stuart Carefoot led the rededication of  the field and memorial.

''The Ribble Valley Borough Council who own the field, voted to protect the Recreation Ground in Longridge and support the rededication .This is an important milestone for Longridge to re-dedicate the Kestor Lane  recreation ground  and protect it from development for housing or other uses other than recreation. We have signed  a deed with the Fields in Trust organisation formerly known as the National Playing Fields Association who will have the power  to step in and stop developments which change the use of the field from recreation.”

''It is one of  the most important aspect of the celebrations for the present day community and must be the way forward for local authorities like the Ribble Valley as we seek to protect our green spaces. This has already been done  in Clitheroe in relation to the Castle Field. We should extend this principle as we seek to protect playing firelds , childrens play areas, parks and green spaces for future generations.”

''There were real concerns amongst Longridge residents due to attempts 15 years ago to build a Booths supermarket on the site and recently to extend the medical centre on to the field. For the future the Council will own and maintain the field but it will be protected for the recreational use of local residents.”

''Investigation have revealed from the deeds show that the recreation ground  was purchased from William and Albert Sanderson both Longridge butchers by the Urban District Council of Longridge with a loan from the Ministry of Health in May 1926, 8 years after the war ended. It is clear from the deeds that the Ministry must have approved the loan. Following local government reorganisation in 1974 and the creation of the Ribble Valley Borough Council the recreation ground was transferred  to RVBC. Other parts of the land were subject to a land swap between the Co-op and the Urban District Council in 1973.”

''A plaque was put up in 1926 and a  the shelter built at the same time to mark the dedication to the men who died. The plaque has disappeared and the shelter  vandalised and has since been  been demolished.. A new memorial will be erected on the site.”