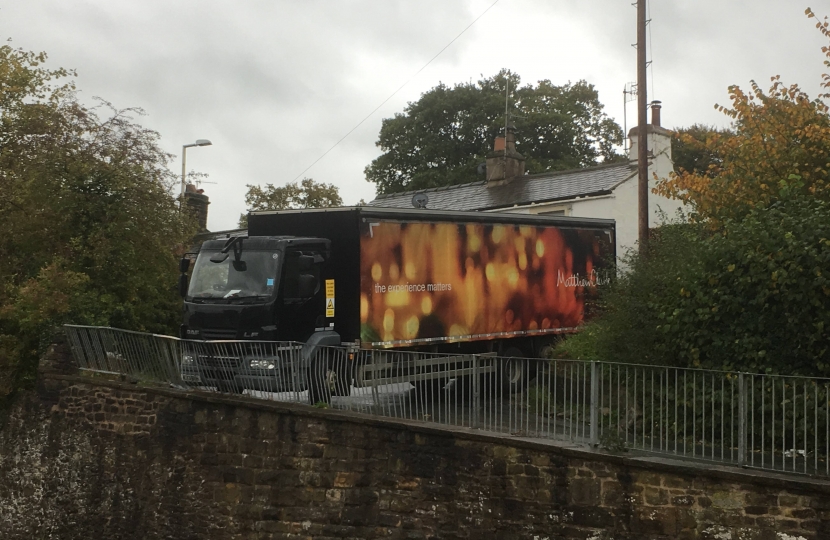 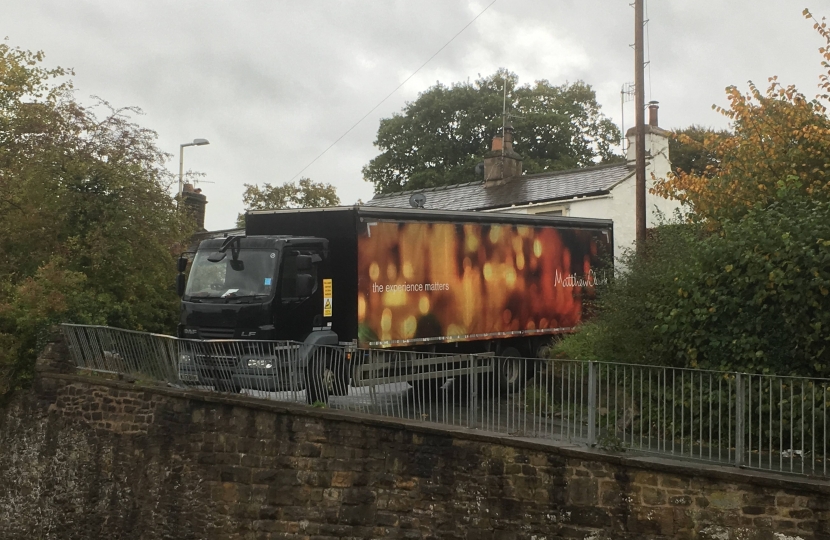 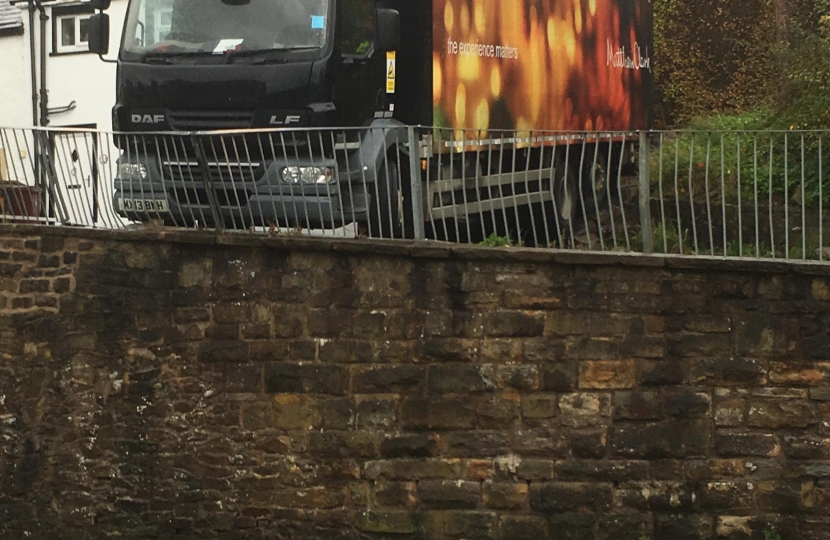 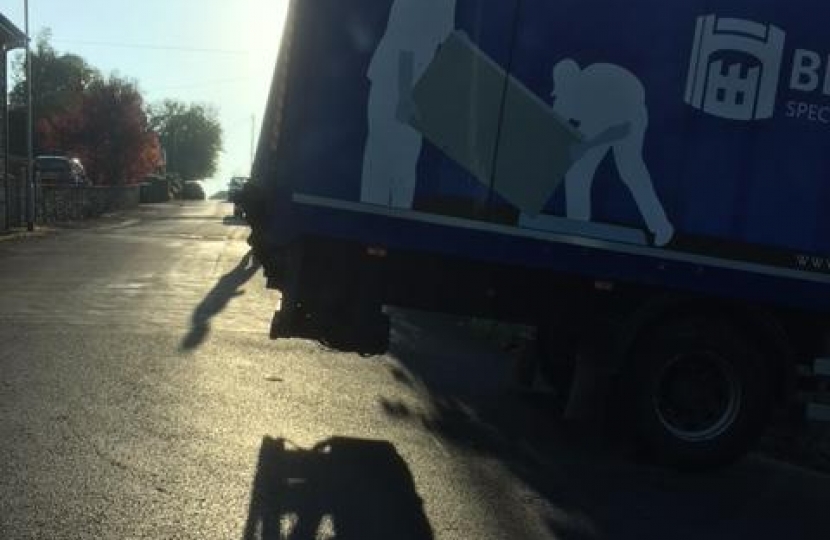 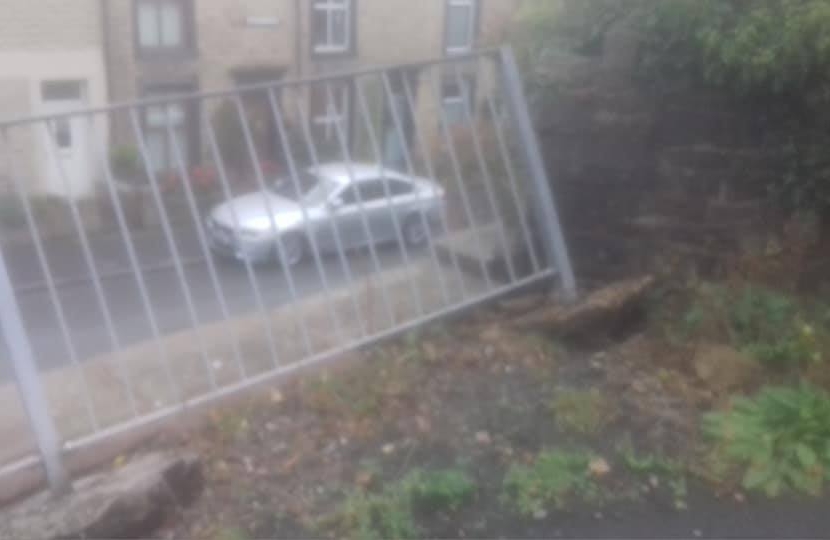 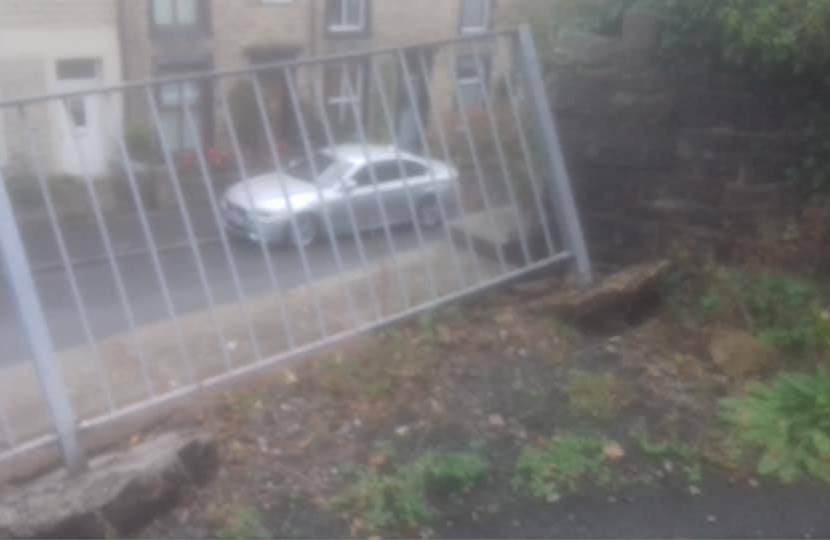 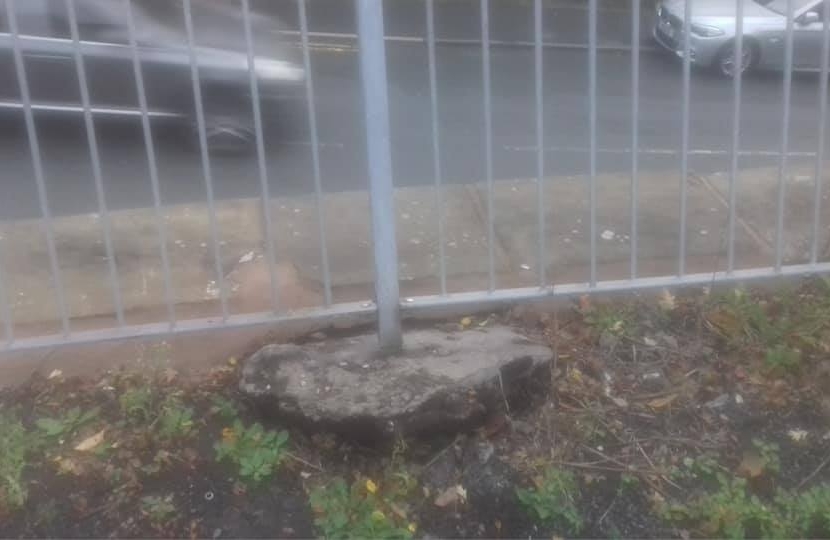 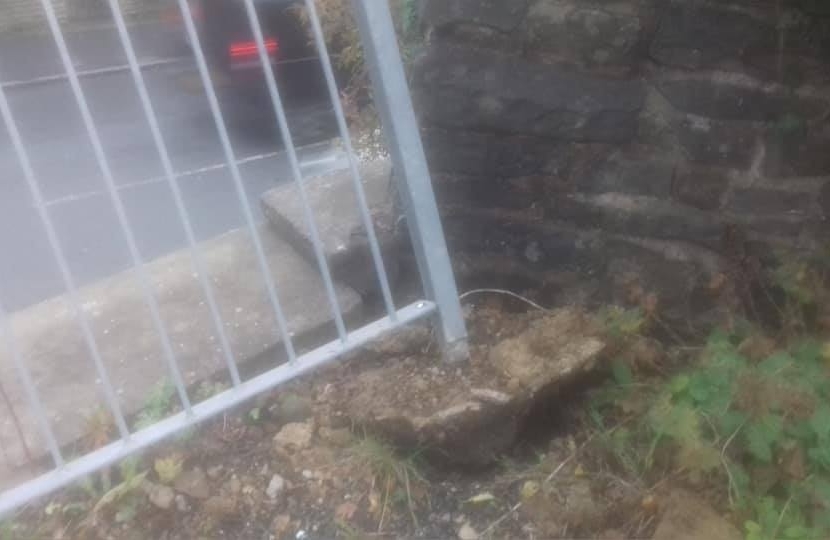 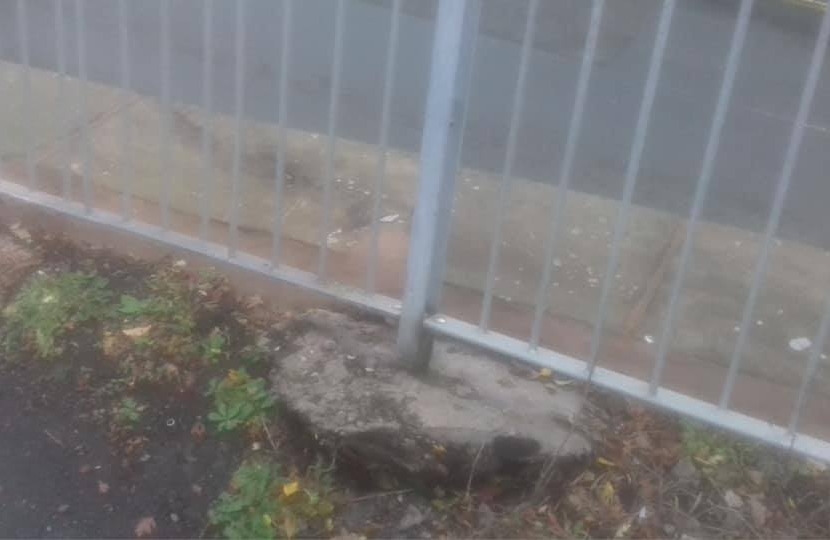 How much damage can a Lorry do on the hairpin bend up to Painter Wood? Apparently catastrophic levels as the photographs accompanying this article show, including some taken by a local resident of the offending vehicle in the very act of causing the damage.

Ribble Valley Borough Councillor Ged Mirfin, who represents Billington whose Ward Painter Wood falls states, "It is lucky that the railings were so robust or as one resident pointed out to me we could have been facing the cataclysmic event of a Heavy Goods Vehicle smashing through the railings and collapsing on top of on-coming traffic along Whalley New Road. Lancashire County Council now need to do something urgently or life and limb are going to be at risk."

Several Residents have now called for a temporary closure of the hairpin bend in order to force Lancashire County Council's hand to do something about either improving the signage in York Village warning HGV drivers about the inaccessibility of the hairpin bend.

Cllr Mirfin continues, "As one local resident who wishes to remain anonymous said to me 'I quizzed the driver of the Lorry in question as to whether he had seen the signage and he answered in the negative replying that he was following his SATNAV. The answer appears blindingly obvious - more frequent and bigger and more prominent signage which Lorry drivers can't ignore."

Cllr Mirfin further continues, "As soon as I was made aware of what happened I contacted County Councillor Alan Schofield to see what might be done. We have both been continuously campaigning on the issue of this dangerous hairpin bend for a number of years. One of the issues that we have explored is whether or not it is possible to open up vehicular access to the new Valley View Estate from Whalley Old Road allowing traffic to exit more safely on to Whalley New Road through the New Estate. The other alternative is to compulsory purchase a triangular piece of land at the bottom of Painter Wood creating a road which runs straight on to Whalley New Road from Painter Wood rather than having to negotiate the tortuous hairpin bend which appears to be subject to near misses on a daily basis."

Cty Cllr Schofield responded, "I recall that when the planning application for the housing estate between Whalley New Road and Painter Wood / Whalley Old Rd, was being considered & then approved a few years ago by RVBC Planning and Development Committee, I and on behalf of the residents of Painter Wood proposed such (ie requiring that Painter Wood be made into a cul-de-sac and also putting in a condition or requirement that a road access to to/from the proposed housing development be included at or near the east end of Whalley Old Road.  Both were rejected by officers of both RVBC and LCC and I recall by the then chairman of the planning cttee  - and such consideration I don't believe was substantially included (if at all) in the report to the Planning Committee. Your suggestion however ought to be considered (or should that be re-considered?) I will be taking this up with County."

Cllr Mirfin concludes, "In the meantime the railings on the hairpin bend up to Painter Wood are damaged beyond repair. £10,000s of damage has been caused. They took a hell of a battering. They did their job but for how much longer? The problem is that whilst we are waiting for repairs - which I suspect will involve a fundamental rebuild of the structure - the hairpin bend is no longer safe.Something needs to be done urgently before someone is either killed or seriously injured. Perhaps it would be sensible to close the hairpin bend in the interim."