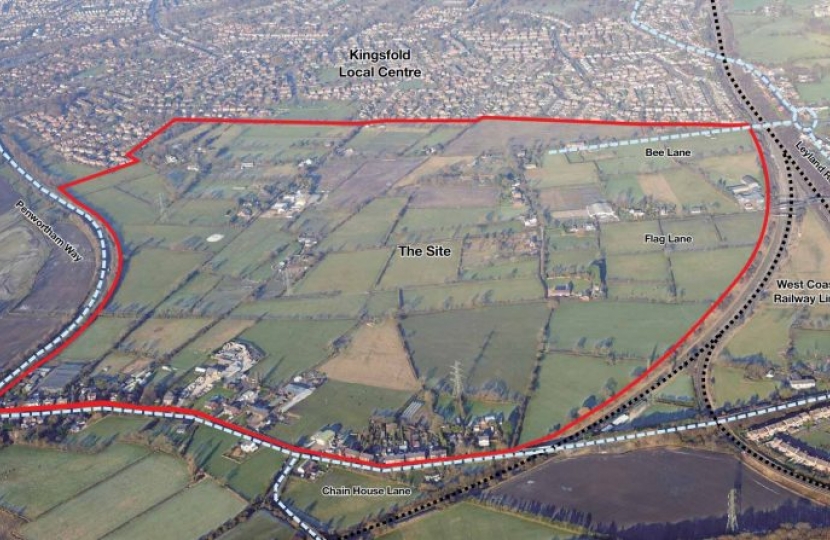 Ken Hind Former Leader of Ribble Valley Council and Conservative Agent in the by election stated '' If this is correct  residents are being misled on this issue. There is a fundamental misunderstanding of the role of  Planning Committees.- they are regulatory in other words like a court with an obligation to apply Planning Law. The committee has  very little policy discretion. If planning committees do not apply the Law their decisions will be appealed to neutral inspectors who will allow development   and the Local Council will have to pay costs.The behaviour of the Council can also be reviewed  in the courts and overturned. ''Inappropriate'' is not a word known to Planning Law and is open to the interpretation of the reader.”

''Labour Council Candidates  who campaign in an election  saying they will oppose individual developments will be threatened with being sued by the applicants, if they sit on planning committees to deliberate  on these applications. It will be argued they  have predetermined the decision and are not acting objectively. They will have to withdraw from the committee , losing the voice of the local  electors on a key application leaving  voters  with no committee voice.”

''A Labour majority administration claiming block opposition to applications  risks having the determination of the planning application  taken away from them entirely.   The  applicant can appeal to an Inspector that the controlling group on the Council have already predetermined the issue and therefore the whole procedure is flawed.”

''The Labour Party are committed to building 1 million affordable homes over the next 10 years, 100,000 a year, these will  predominantly be for rent and represent 30% of all development sites in most local authorities  involving over 10 houses.This means generally  70% of applications are for the market and the rest affordable.  The number of houses to be built per year is covered by the Local Development or Core Strategy for each local authority.  Failing to have a 5 year supply of housing planning approvals means a  local authority will lose the power to reject applications, except under special and limited circumstances. Block promises will undermine the 5 year supply and  take away the power to refuse applications where the Council really think it is necessary.”

''The message here is  take no notice  of Labour candidates making promises over housing planning applications which cannot be delivered – councillors  have very little discretion  and should not  make  blanket promises. Each planning  application is dealt with on its own merits within the principles of Planning Law. The current planning system was  introduced by the Blair Labour government and amended in 2012. All political parties are committed to meeting the housing crisis but must be  truthful about the system and the  lack of policy discretion for local authorities. ''