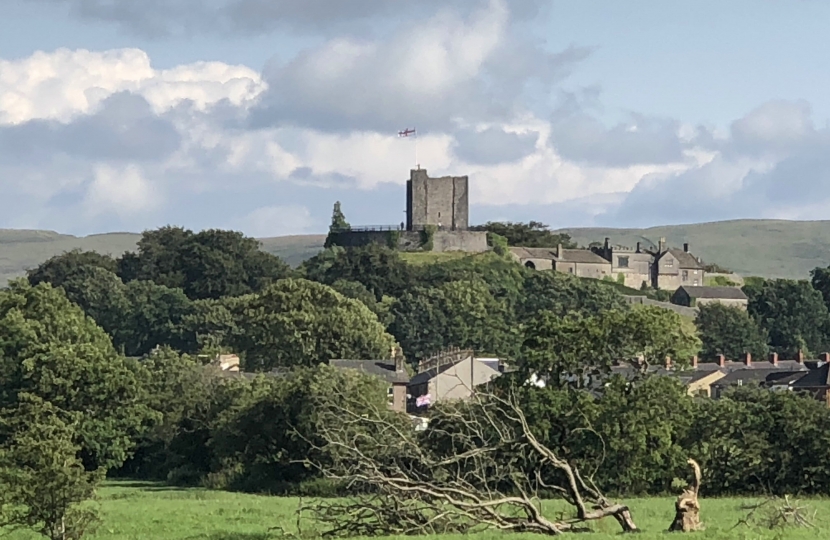 Ribble Valley Conservative Association consulted their members and Executive and rejected the proposals from the independent Boundary Commission and have urged that the Ribble Valley Borough be included in the one Parliamentary constituency where it has been for many years.

The changes proposed for the Ribble Valley Parliamentary Constituency by the Boundary Commission are as follows:-

(a)     Wards moved to a realigned South Ribble Constituency:

(b)      Wards moved to a new Hyndburn constituency:

The areas remaining in the Ribble Valley Constituency as proposed by the Independent Electoral Commission are:

Ken Hind Association Campaign Organiser commented ''The Association in its representations to the Boundary Commission argued  for local government, community, geographic, historic and transport reasons splitting Whalley and taking 3 wards from the Ribble Valley did not make sense. These villages Whalley, Read, Simonstone, Langho and Billington all look to Clitheroe as their main service and distribution centre. The Ribble Valley Borough should be kept together.

Adding Ribbleton and Fishwick from Inner City Preston made even less sense, the two are not connected. Preston is essentially urban city and industrial. Ribble Valley is predominantly rural with small towns dependent on hospitality and tourism many of whose residents live in villages, with very little connection to Preston. We have argued that Ribbleton and Fishwick should be exchanged for the semi -rural wards of Fulwood; Greyfriars and Sharoe Green which were part of the Ribble Valley constituency before the last parliamentary redistribution.

''It was with regret we saw over 21,000 South Ribble voters move to a newly created South Ribble Constituency. The problem here is that this constituency is contained entirely in the South Ribble Borough with long term well established connections.''

Hamish McFall Deputy Chairman added ''The Boundary Commission have the role, free of political influence to establish constituencies of roughly equal number throughout England and this unfortunately produces peculiar results in the pursuit of equal figures in adapting the boundaries to make local  sense the Commission will accept  strong community historic and geographical arguments and consider transport links.

It must be emphasised that the redistribution of Parliamentary seats will have no effect on which local authority a particular community belongs which provides local services and collects their council tax. If an elector is represented by a different MP it will have no impact on house prices or socio-economic factors. The MP for Ribble Valley whether the Commission's proposals or the Ribble Valley Counter proposals are accepted, will represent voters in 3 different local authorities, Ribble Valley South Ribble and Preston.''