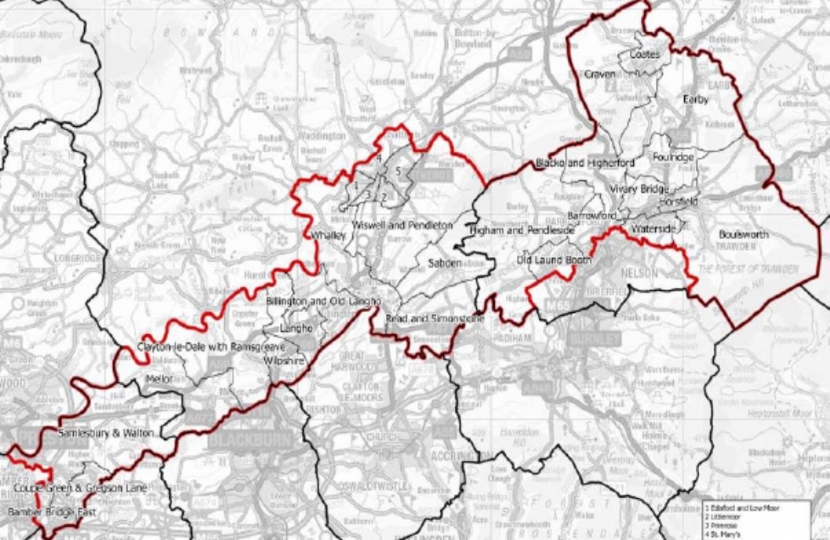 Ken Hind commented ''This is a ridiculous proposal that could only be devised by someone in  Whitehall  who has never set foot in the Ribble Valley..Nigel has indicated that when the proposals are  presented to the House of Commons he will vote against. The idea of reducing the number of MPs from 650 to  600 was proposed before the EU referendum .With the demise of the European Parliament and increase of work load connected with Brexit there will be a need for a larger number of MPs retaining the status quo in terms of number of MPs."

''Longridge Chipping and Ribchester all join a vast North Lancashire Constituency covering 4 local authorities .Rimmington and Carnforth are in this new constituency  covering parts of the County that have no community of interest ,nothing in common. We calculate that to drive from one end to the other will take at least 45 minutes.on a good day." 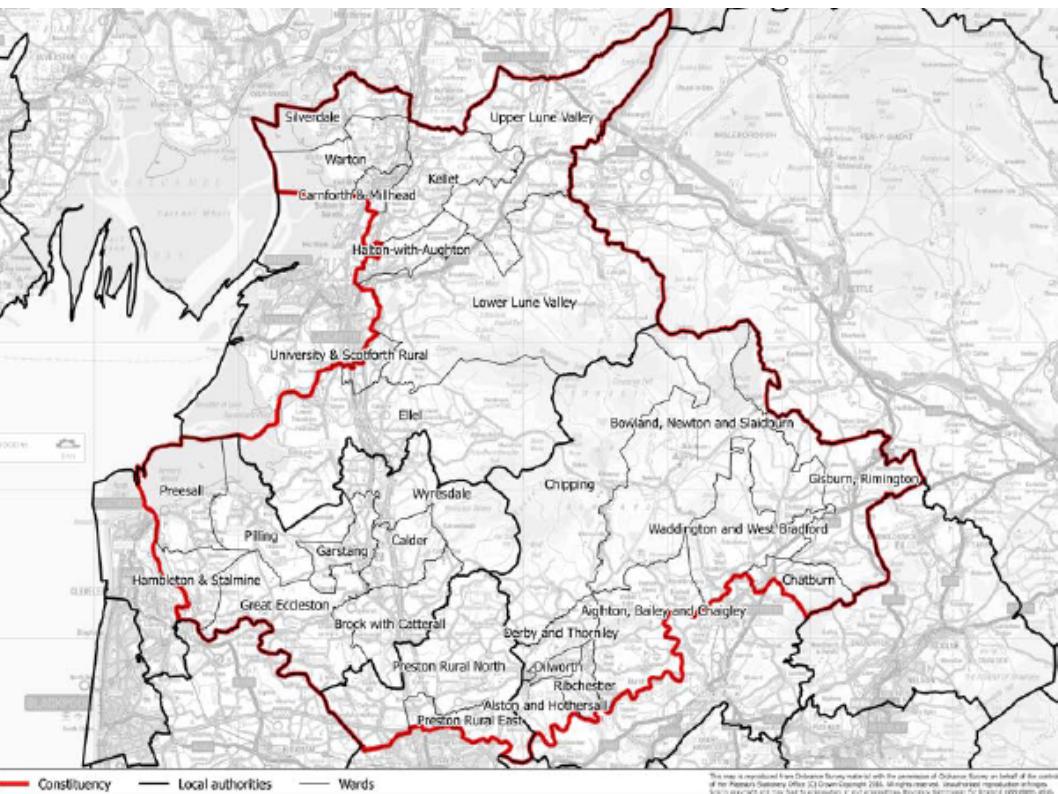 ''About a third the existing Ribble Valley Constituency goes into a constituency called Clitheroe and Colne, an unnecessary combination of urban and rural areas with little in common, dividing 2 Boroughs, Ribble Valley and Pendle." 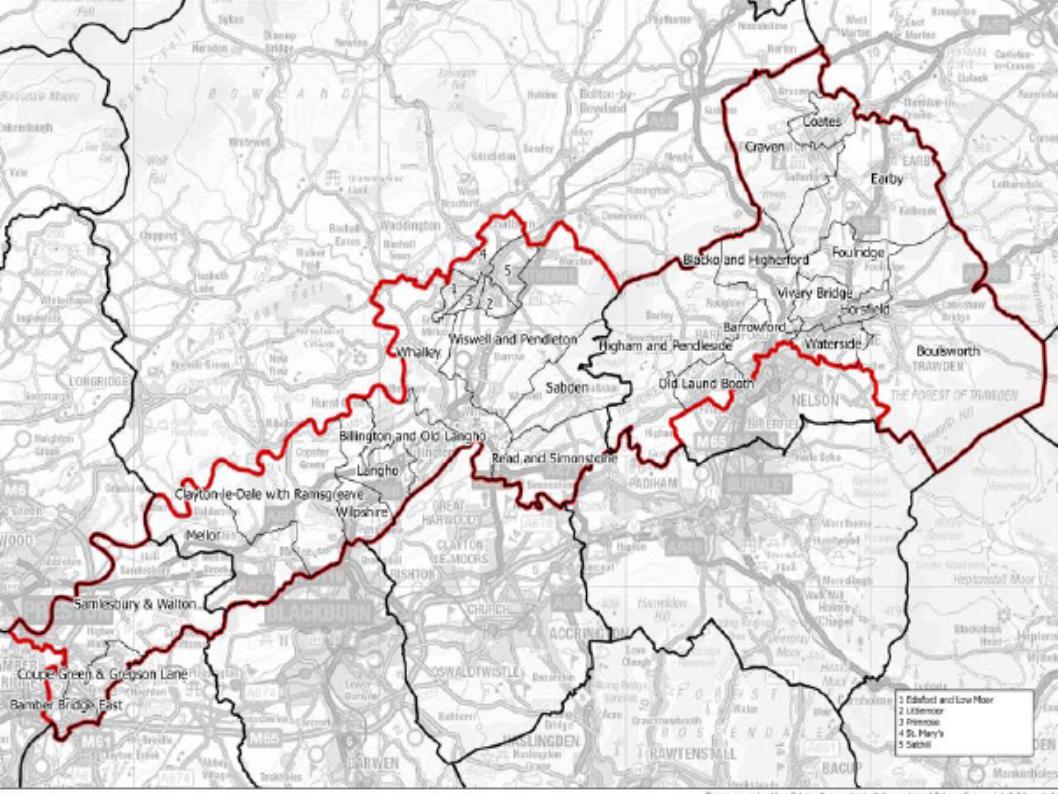 ''We await with interest what Parliament will decide  in this post Brexit era when they debate the new boundaries. If Parliament vote to reject the proposals we will be ready with counter proposals for 650 based on local government and established community boundaries which will keep the Ribble Valley Borough in one Parliamentary constituency."