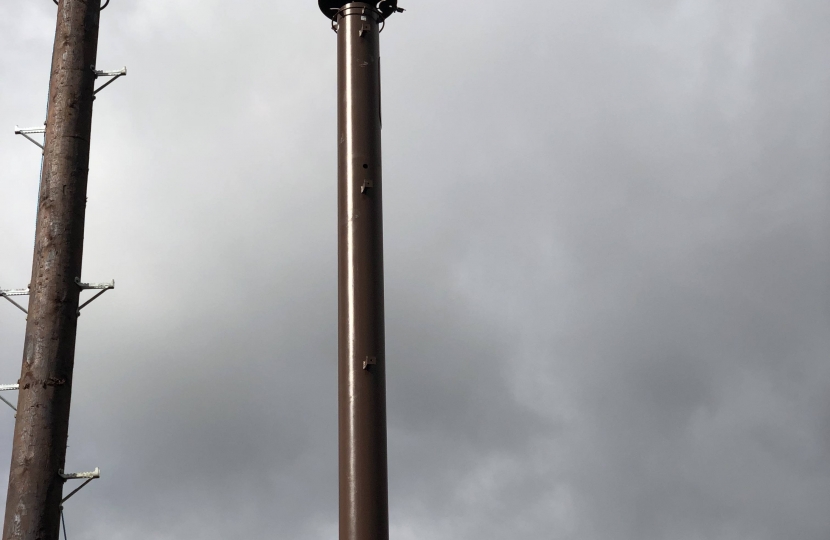 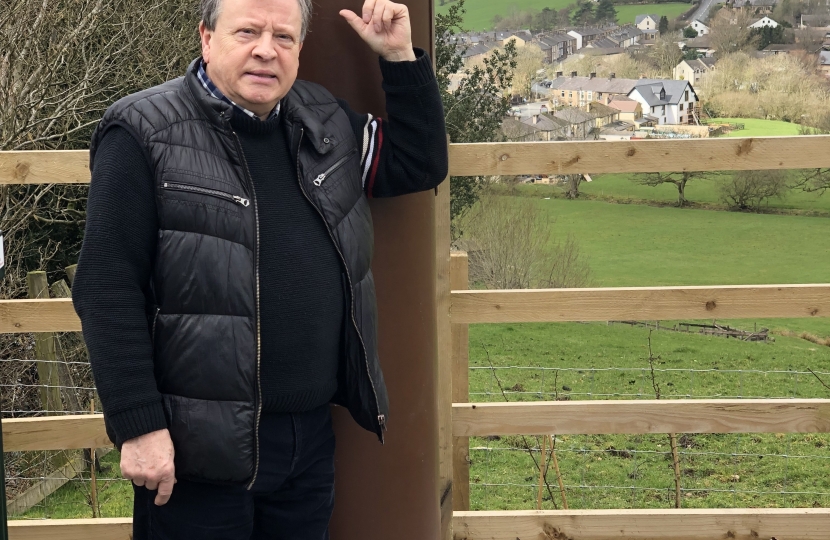 Nigel Evans, MP for the Ribble Valley, has welcomed the news that the Sabden mobile mast has now gone live after a successful campaign in coordination with Cllr Ricky Newmark. This involved intensive lobbying to the Secretary of State for Culture Media and Sport, Jeremy Wright MP, and the stakeholders in the mast; including Vodafone.

The mast was built last Autumn by Clarke Telecom, a Manchester based provider of 4G mast technology, but stayed dormant – much to the frustration of villagers and business owners. Cllr Ricky Newmark and Mr Evans continually pushed the partner involved in the project for answers, and when the trail went cold, pushed the government to look intothe matter.

On Tuesday evening (2nd July) villagers slowly started to notice that they could use their mobile devices across the village for the first time in what marks a significant turning point for the village. Business owners in Sabden have expressed their delight at finally being connected to a phone network, which will dramatically improve the way in which their business can operate on a day-to-day basis.

“We’ve never been able to use a mobile before and have been so isolated. People looking to order a takeaway from us can’t call in – even the lads on the building site down the road struggle to get through. For business people in Sabden it is so vital, as a business we are going from strength to strength and getting mobile signal means so much for the people of the village.”

“I’ve lived in Sabden for 10 years and all of those 10 years there has been no phone signal in the village. I also run a business from home and now it means my customers can actually reach me when they need to. Sabden has finally reached the 21st century!”

Speaking on the connection of mobile signal, Nigel Evans added:

“The people of Sabden have waited so long to be connected to mobile signal, I am so pleased that they now have the connection they need to run business and talk to friends and family. Significant efforts have been made to achieve this outcome, particularly the tireless efforts of Cllr Newmark, who has campaigned for better mobile signal in Sabden since before the mast was constructed last year.

“Telecom and service providers now need to ensure that other rural areas across the UK are not kept in the same predicament as Sabden, this result has made it clear that mobile ‘dead-zones’ need not exist in the modern age.”

Cllr Ricky Newmark states, “It’s a huge relief to finally get it switched on. This represents over two years of constant pressurising to get a mast constructed chasing and chasing the authorities and finally switched on. For residents isolated from their friends and love-ones and for businesses cut off from their customers and even employees when they were required to come into work or who were ringing in sick it was an absolute nightmare. I feel that we have been living in a dystopian nightmare cut off from the outside world. For young people who are heavy mobile phone users it has been a particular travesty. My feelings are best summed up by one of my residents who was quoted on Facebook saying “I can’t believe I’ve got 4G with 4 bars on my phone and I can now contact my friends at anytime anywhere in the village without having to get in the car and drive 2 miles down the road. It feels as though we have rejoined the 21st century.”

Cllr Newmark concludes, ‘Its absolutely ridiculous in this day and age that you have to contact the Secretary of State just to get your mobile phone mast turned on. My profound thanks and gratitude go out to Nigel Evans MP for making this happen.”