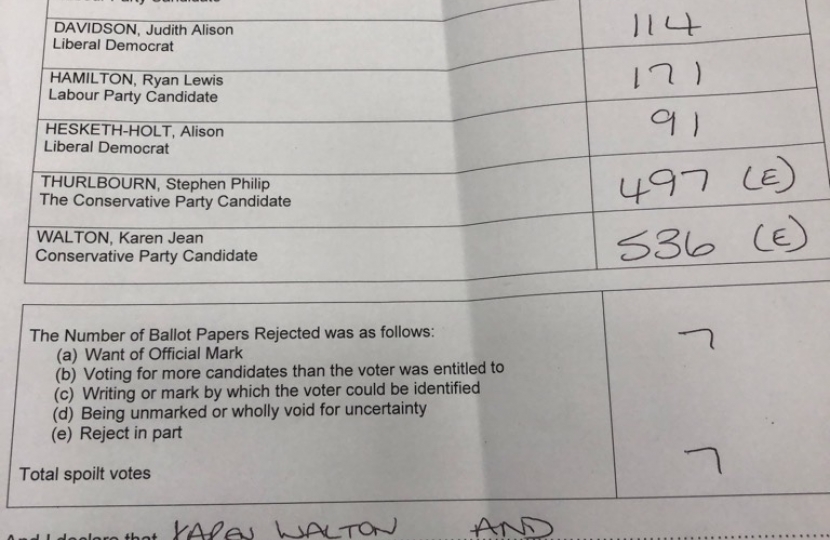 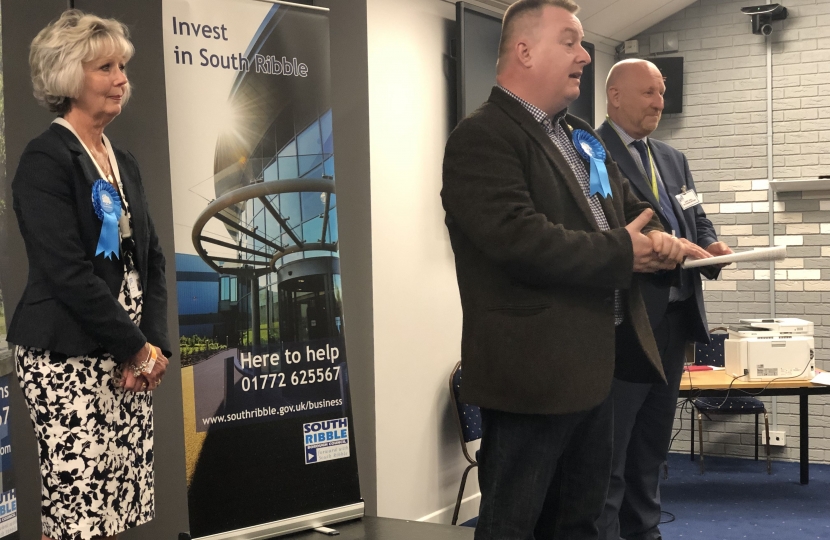 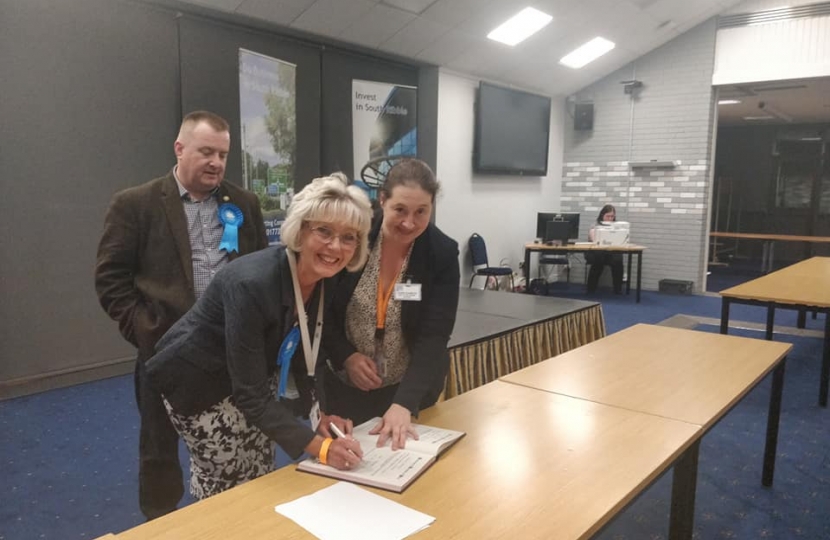 Karen Walton And Stephen Thurlbourn captured both seats taking over 50% of the Vote in the countermanded election which took place in Farington Moss following the death of popular local councillor Graham, Walton whilst out campaigning during the recent Borough Council Elections in South Ribble.

This leaves the Conservatives as the largest party on South Ribble Council with 23 Seats with Labour on 22 and their Liberal Democrat Coalition Partners, holding the balance of power on 5 seats.

The Conservative Agent Ken Hind states, “We’re absolutely delighted for Karen and Stephen. It’s testament to both the hard work of local Conservative councillors & activists who covered a lot of miles delivering three leaflets in the Ward during the by-election campaign as well as the legacy left by the popular local councillor Graham Walton. Praise must go to the organisational skills of Margaret and Phil Smith who planned the By-Election Campaign in particular the Polling Day Knocking-Up Session which bore dividends. This leaves the Labour-Liberal Democrat Coalition with a Working Majority on the Council of just 4 seats. We look forward to wittling this down further as By-Election opportunities present them eventually re-gaining control of the Council.”