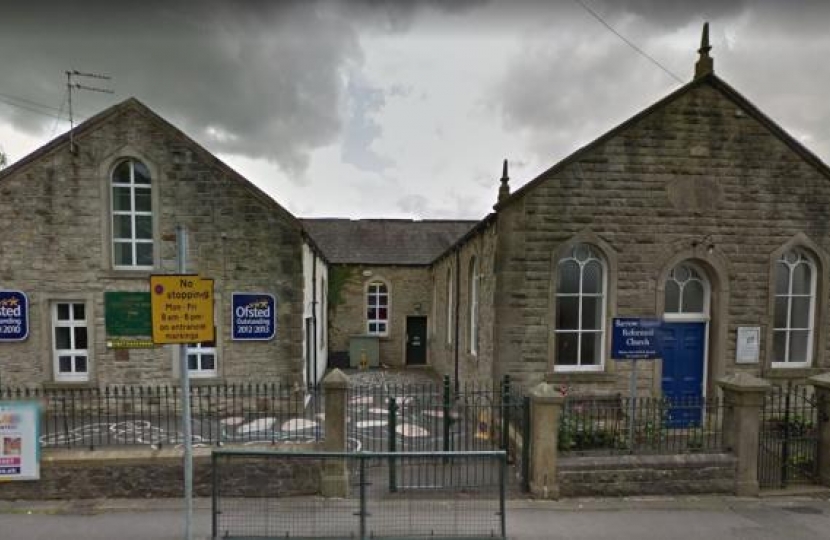 A Section 106 is a legal agreement between an applicant seeking planning permission and the local planning authority, which is used to mitigate the impact of new homes on the local community and infrastructure. In other words, a new house will mean another car(s) on the roads and perhaps your children will attend nearby schools, putting a little more strain on local services.

Planning obligations under Section 106 of the Town and Country Planning Act 1990 (as amended) are commonly known as 106 agreements. As such, Section 106 Agreements often require a financial contribution, made prior to the project starting. Unlike CIL (the Community Infrastructure Levy) which is tariff-based, Section 106 is charged based on the specific needs of the local community. The common uses of planning obligations are to secure financial contributions to provide infrastructure and require a sum or sums to be paid to the authority on a specified date or dates or periodically often in line with what are known as “trigger points” or “staging posts” in large housing developments when an an agreed number of houses have been built and occupied.

The planning obligation is a formal document, a deed, which states that it is an obligation for planning purposes, identifies the relevant land, the person entering the obligation and their interest and the relevant local authority that would enforce the obligation. In the case of the Ribble Valley this is typically Lancashire County Council which is responsible for most of the infrastructure as it effects Education, Highways, Housing and Town Centre Improvements including Doctors Surgeries which it is jointly responsible for along with the NHS.

When a planning application is submitted to Ribble Valley Borough Council the Council will assess the application as to whether the development would cause a significant impact to the area and community. The S106 will vary depending on the nature of the development and based on the needs of the Borough. The content of the S106 agreement is agreed through the consultation period of the planning application with the relevant parties and planning officer. The S106 Legal Agreement will be prepared by the council's solicitors and the applicants will be required to pay the solicitor's fees excluding VAT. The Development Planning Manager has the responsibility for ensuring that all agreements are completed prior to the proposed works commencing.

Ken Hind, the Leader of the Council states, “Ribble Valley's reputation as an affluent area worked against it. Like the Libraries Labour chose to close there appeared to be a perception that Ribble Valley could take the huge amount of new house building that was taking place in its stride when it was patently obvious that the existing levels of infrastructure spend, particularly on Education was wholly inadequate. Thankfully there appears to have been a change of emphasis under the present Conservative administration at County Hall with a much greater focus being placed on the collection of monies due and the close monitoring of agreements so that when housing completion rates are met there is a much more rapid triggering of 106 Agreements.”

Research carried out by the Conservative Group on Ribble Valley Borough Council in tandem with County Councillor Susie Charles, who is the Cabinet Member for Children, Young People and Schools shows that there has been a dramatic acceleration of funds collected by the New Conservative Administration at County Hall since 2017. In the space of just 17 short months the new Conservative Administration at County Hall has collected £3,452,820.91 from 106 Agreements agreed with developers with £3,251,198.72 (94.16%) already committed towards active Educational Infrastructure Schemes.

Of the sums collected just £201,622.19 (5.84%) remains unallocated. However, this will be allocated to a specific school St Mary And St John RC Primary in Clitheroe.

It is also to be noted that there is still money to come from developers against the 4 Whalley and Ribblesdale housing development schemes when various trigger points are reached so the amounts eventually committed may indeed be much higher still.

It is to be remembered that Bowland High School has already been in receipt of £3.4m of Direct Government Funding following the curtailing of the wasteful Building Schools for the Future programme which took place under the last Labour Government with money being reallocated to improving/rebuilding existing school buildings under the Conservatives. The new building has already been officially opened. This takes allocated spending on Secondary Schools in the Ribble Valley to over £4.5M since 2011.

There are plans for further developments in Secondary School infrastructure to St. Augustine's RC High School in Billington. Following a visit by John Corrigan from Salford Diocese Buildings Department, a proposal has been put forward to the Finance and Staffing Committee (of SARCHS governing body) to release funds from the school reserves to provide for two additional ground floor classrooms to relieve the pressure on accessible classrooms as well as additional dining area for pupils. Funds to support the development from Lancashire County Council would only become available if/when the triggers of development in Whalley, Barrow and Clitheroe are reached and following feasibility and any statutory consultation which may be needed to expand the school.

Most exciting of all is the prospect a brand New Primary School to be located at the heart of the New Housing Development as part of the big Standen Estate Development which is likely to come “on-stream” at some point in either 2020 or 2021 or indeed perhaps earlier if there is a large enough public campaign to lobby County Hall to deliver such a development far earlier.

The current problem is that of “displacement”. The Local Education Authority can estimate the impact of making money available to existing Primary Schools or Building a New School on the rolls of existing and new schools. What it cannot do is to predict with certainty the outcome as far as parental choice is concerned. It has thus had to play a guessing game estimating the likely impact on school places. Some Primary Schools in Clitheroe, amongst them Brookside and Pendle Primary Schools as well as Waddington and West Bradford Primary School still have room for expansion according to figures revealed by Lancashire County Council.

Numbers however can go up as well as down depending not only what expansion strategy is or is not put in place with regard to each school but also whether a New Primary School is built at Standen. It is a tricky balancing act whose main outcome is to convince Public Action Groups that Lancashire County Council is reluctant to engage in Education infrastructure development when the opposite is actually the case.

The Depity Leader of Lancashire Council, County Councillor Albert Atkinson who represents Ribble Valley North East states that, “in any other circumstances these schools would be recognised as groaning at the seams. It is important to recognise therefore that key decisions taken with regard to the expansion of existing Primary Schools in Clitheroe should be taken on the basis of available classroom footprint and space per pupil as well as the number of pupils per class. These should be the key drivers of whether a New School needs to be built not just whether an existing school has physical capacity for expansion.”

County Cllr Atkinson continues, “In the meantime we have encouraged Officers to take a much more pro-active approach regarding 106 Agreements and the collection of 106 Monies. This is bearing dividends. This is ultimately public money which has been agreed with developers so that it is right that this is both monitored closely and managed diligently.”

Cllr Ged Mirfin, who has led the research on this project states that, “in total LCC have 'secured' S106 contributions of £13,685,359 (secured being defined as agreed within a S106 but not yet received). The contributions are sought from developers based on agreed trigger points as particular numbers of dwellings within a development are occupied.”

Cllr Mirfin continues, “The number of 106 agreements for housing development is 36. The distributed sums set aside in Total for Primary Pupils is £9,515,367.52 and for Secondary Pupils £4,169,991.54. Details of the Agreed 106 Agreements can be viewed in the attachment below. These figures equate to 821 primary places and 242 secondary places.”

Ken Hind, the Leader of Ribble Valley Borough Council states, “Now that we have acquired this data in the detailed format that we have it should be relatively straight forward to keep it up-to-date and track it gong forward.”

Cllr Hind continues, “For that reason I have discussed with the Chair of Planning & Development, Dr. Alison Brown the imperative of being in receipt of regular 6 monthly reports on 106 Agreements in particular those relating to to the delivery of Educational Infrastructure, Town Centre Improvements, Doctors Surgeries and Green and Recreational Spaces. She is in complete agreement such reports need to be delivered on a regular basis to both the Planning & Development and Policy & Finance Committees allowing discussion in Full Council. If this could be better accomplished using bespoke software designed to monitor such agreements then so much the better given their increasing importance to the general public. Consideration should also be given to the Appointment of a Full-Time 106 Officer to Work Closely with our New Economic Development Director, such is the centrality of 106 Agreements to Economic Development in the Ribble Valley. In the meantime active consideration is being given to the introduction of CIL (the Community Infrastructure Levy) so that there is a more automatic link between New Housing Developments and the Funding for infrastructure to support this. What is clear is that although 106 Agreements are proving effective in the medium term it is taking a long-time, too long as far as public perceptions are concerned for infrastructure to catch-up with New Large-Scale Housing Developments. If CIL based on the number of bedrooms in New Houses or the Square Footage of the Properties constructed we might have been in a better position in the short-term. In the medium-term at least we can look forward to improved infrastructure going forward.”

Cllr Stephen Atkinson, the Deputy Leader of Ribble Valley Borough Council states, “Not enough has been done previously to campaign for the delivery of 106 schemes and monies. This is a great opportunity for the Governors and the Parents in particular catchment areas to campaign and lobby for either the expansion of existing or the delivery of New Schools. The Conservative Group on Ribble Valley Borough Council intends to make this a central plank of our Election Manifesto going forward and we look forward to working with Public Action Groups to facilitate the delivery of New Educational Infrastructure both in Clitheroe and elsewhere in the Ribble Valley. Now that the bulk of the New Housing under the Core Strategy has been given Planning Permission the focus will be increasingly on infrastructure needs and how we can make the lives of Ribble Valley residents better.”