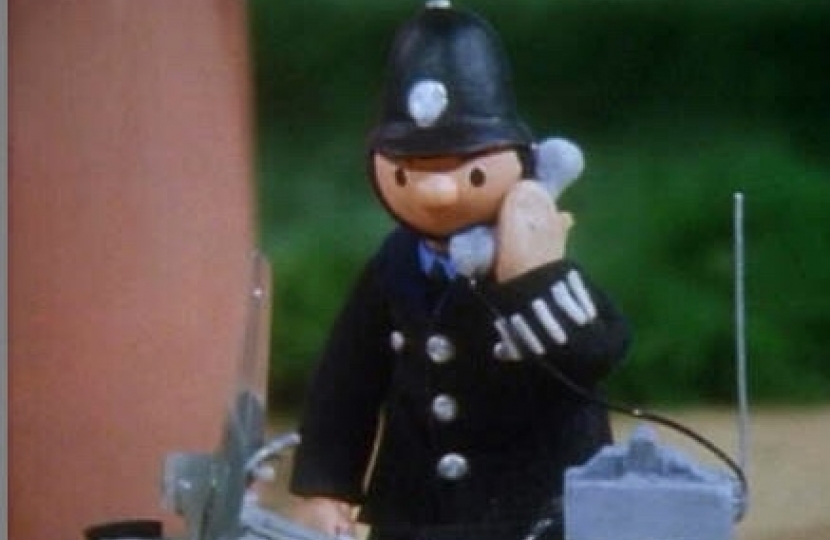 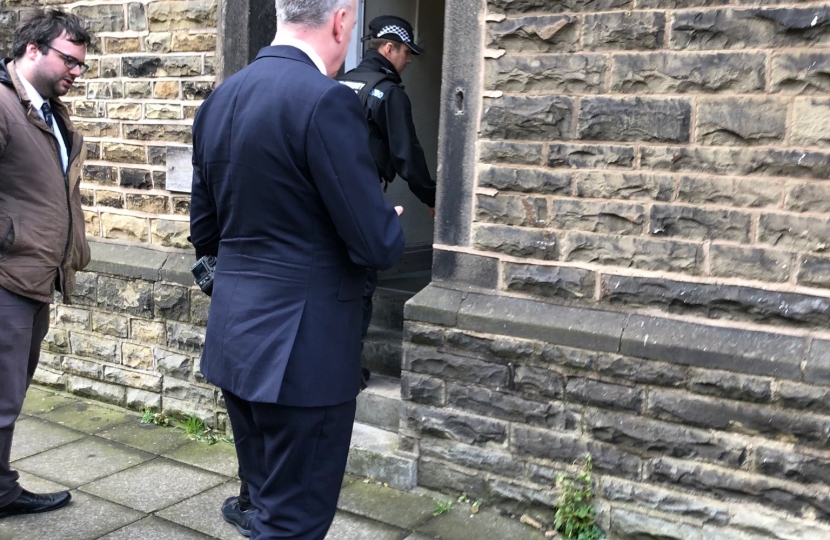 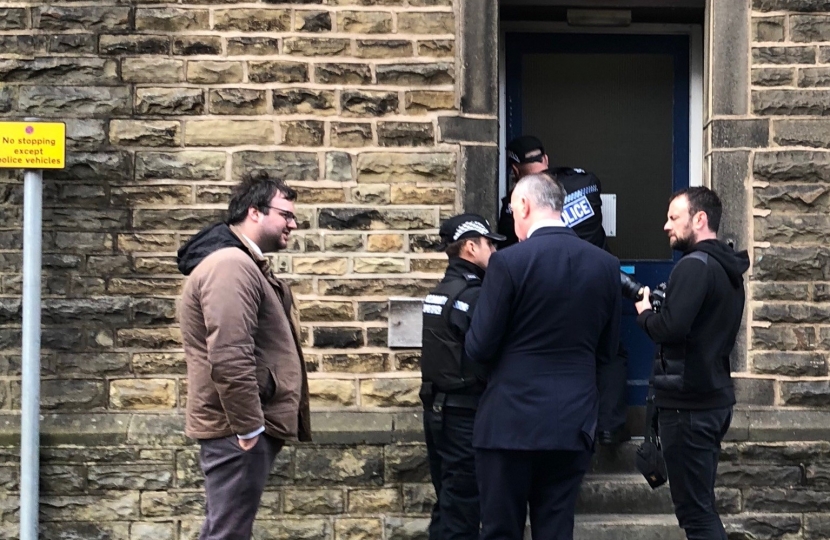 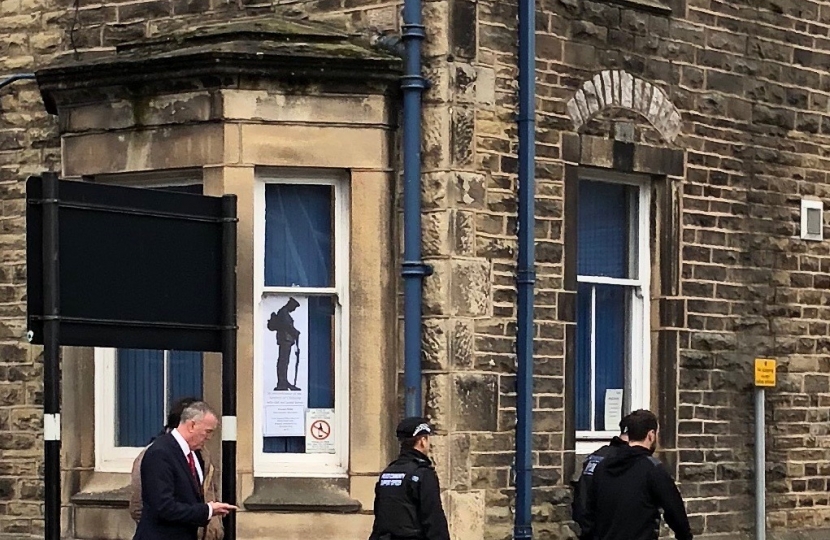 “Here comes the policeman, The big friendly policeman, PC McGarry number 452. Lost dogs, thick fogs, Don't know what to do. Then get the policeman, The big friendly policeman. PC McGarry number 452.” Watchers of the children’s TV programme Camberwick Green will instantly recognise PC McGarry the thorough, do it by the book type. He travels around the town on his motorbike and talks to HQ on the bike's radio. But he's not overly friendly and for that matter he's not very big either. The Labour Lancashire Police & Crime Commissioner, Clive Grunshaw did a very good impersonation of the “Not-So Friendly” Policeman today when he was spotted beetling around town on his mobile phone by an eagle-eyed Kevin Horkin - the former Chair of the Ribble Valley Community Safety Partnership And a Conservative Candidate In the forthcoming Borough Council Elections in the Ribble Valley In 2019.

Kevin states, “I spotted the Police & Crime Commissioner, moving quickly between locations, photographer in tow having his picture taken to show that he’d actually been here. I believe he was accompanied by several members of the Local Labour Party. It’s just a pity he didn’t show up a couple of weeks ago when there was a Ram-Raid on the Spar Shop on Edisford Road when a Cash Machine was stolen using a JCB.”

Kevin continues, “I wanted to talk to him about the 3rd break-in to Blueberry’s Cafein the Marketplace In as many months to ask him what he intended.to do about providing more policing in Clitheroe. I motioned to him on several occasions to try and speak to him, the last being outside the Police Station but he turned his back on me and scuttled inside as fast as possible. I waited for him outside but he obviously recognised me, jumped in his car scurrying off at a rate of knots so that he didn’t have to speak to me.”

Councillor Ged Mirfin, the Deputy Chairman of Ribble Valley Conservative Association states, “It’s a pity that PC McGarry, sorry the Police & Crime Commissioner didn’t take the time out to inform the Ribble Valley members of the Lancashire Police & Crime Panel, myself and Ken Hind, the Leader of Ribble Valley Borough Council, Ribble Valley Borough Council itself or Local Councillors like Sue Hind, Ian Brown, Pam Dowson and Graham Geldard who represent Clitheroe Wards. There was no need to engage in such secretive cloak and dagger activity when the public want re-assuring about Policing in Clitheroe and the rest of the Ribble Valley. Both the Leader of the Council, Ken Hind and the Chair of Ribble Valley Borough Council Parish Liaison Committee, David Peat who is also the Chairman of Ribble Valley Conservative Association have written to the Police & Crime Commissioner requesting urgent meetings with the Commissioner but have not yet received even the courtesy of a response. For that reason I am in the process of making an Official Complaint against Mr. Grunshaw. Mr Grunshaw needs to remember that at the end of the day he is a public servant representing the whole of Lancashire not just the sectional interests of the party he allegedly represents.”

Cllr Ken Hind, the Leader of Ribble Valley Borough Council states, “It was was significant that the Police and Crime Commissioner Clive Grunshaw did not let either of the Ribble Valley representatives on the Lancashire Police & Crime Panel Ged Mirfin and myself know he was in the town with a photographer.”

Cllr Hind continues, “He disappeared into Clitheroe Police Station with his party significantly gaining access, access which is denied to the whole  population of Clitheroe and the Ribble Valley. If they want to report a crime show documents or seek assistance they have to go to Accrington Burnley Blackburn or Preston. There is no functioning police station in the Ribble Valley, the largest geographical borough in Lancashire because the commissioner has closed the front offices.”

Cllr Hind concludes, “As Leader of the Council I would have welcomed the opportunity to explain to Mr Grunshaw the impact of his policy of retreating from rural policing and argued for reopening the police stations to the public. In addition to point out the increase in crime in the Ribble Valley and the need to look at resources to protect local communities as well as arguing nationally for more resources..Instaed the unfriendly commisioner did not engage with local councillors or politicians crept in and and crept out. When will he listen to the concerns of the public in Clitheroe and Longridge?”