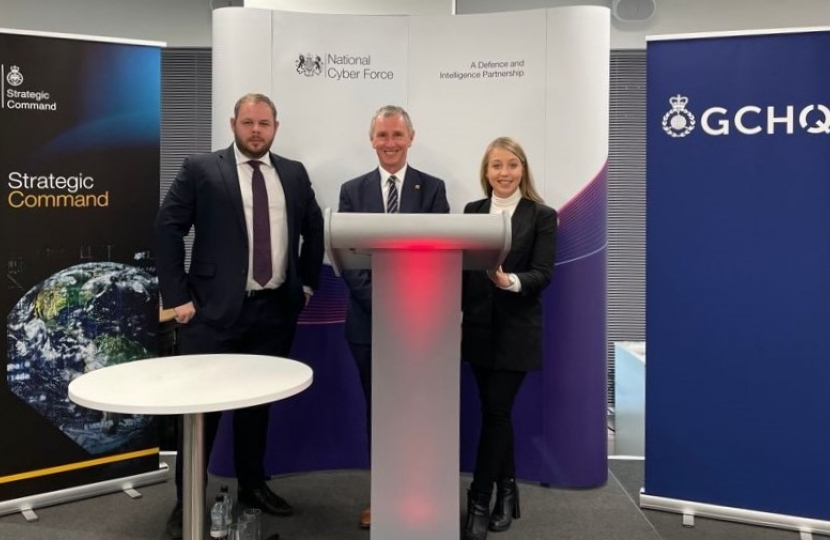 The new National Cyber Force (NCF) has been operating since April. It is made up of both military and civilian staff including officials from the cyber and security agency GCHQ, the Secret Intelligence Service (MI6), the Defence Science and Technology Laboratory (DSTL) and the MoD, all unified under one command.

The organisation aims to counter criminal, terrorist and states threats which emerge through the internet as well as supporting overall UK cyber security and protect domestic cyber capabilities.

Having been looking for a new permanent site it has now been decided that this will be in in Samlesbury, in the constituency of the Ribble Valley, on a site which will be shared with the defence manufacturer BAE Systems.

The location of the National Cyber Force in Samlesbury will mean around £5bn of investment and the creation of over 3,000 highly skilled jobs, bringing a huge benefit to the local economy.

‘‘This investment represents the largest boost to employment opportunities in the local area since BAE set up base decades ago.

“Everybody has played their part in helping to bring the National Cyber Force to Lancashire. I’d particularly like tothank the Speaker of The House of Commons, Lindsay Hoyle,who along with myself lobbied both the Prime Minister and Secretary of State for Defence many times. I’d also like to thank Ben Wallace, the Defence Secretary. As a Lancashire MP Ben is very much familiar with the area and clearly knows what a fantastic location this will be. Ribble Valley Borough Council, South Ribble Borough Council and Lancashire County Council have also all played a significant role in helping to bring this new headquarters here to Samlesbury.

“It is important to recognise the huge boost not only to direct but also indirect employment that this will bring, as well as allowing Lancashire to play its part in securing the safety of the nation.”

“I am hugely proud and enthusiastic to see this happen, not only will it provide a catalyst for investment, but also see our levelling up agenda bring economic stimulus and tangible benefits to this region.”