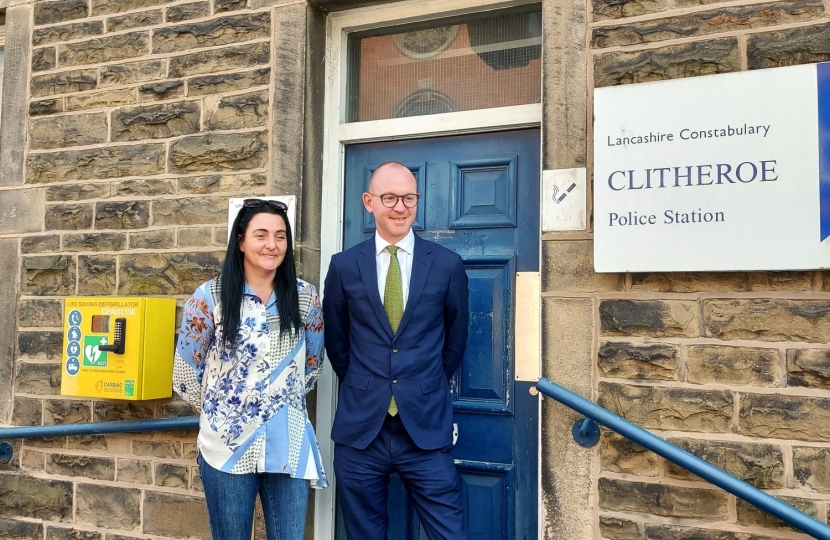 Andrew Snowden  Conservative Police and Crime Commissioner  for Lancashire pledged in a visit to Clitheroe, to re-open  the Clitheroe Police station to the public. The Police Commissioner is pictured with Katei Blezard and inset  Jimmy Newhouse, whom he came to Clitheroe to support, as the Conservative candidates for  the Primrose and Littlemoor wards in the Borough and Town  Council by elections. These by elections are caused by the resignation of two Liberal Democratic Councillors.

‘’Ribble Valley is the largest Borough geographically in the County, and whilst a beautiful area and the happiest part of the country to live it’s rural villages attract property crime such as burglary and agricultural crime such as theft of agricultural equipment and vehicles and rustling of animals. The vibrant night time economy in Whalley, Clitheroe and Longridge meanwhile calls for an increased and more visible police presence to crack down on drug dealing, violence against the person and anti social behaviour. Resources are required to deal with speeding on rural roads and theft of and break-in to vehicles stealing car parts by out-of-town gangs on a made to order basis from roads and driveways in hotspots in rural areas.”

‘’Open Police stations are essential for residents to stay in touch with the police. Under my predecessor Jeremy Corbyn’s Labour Police & Crime Commissioner, Clive Grunshaw, local residents were  forced to travel long distances to Accrington, Burnley, Preston or Blackburn . Even when police officers are in local stations, the public have to use yellow phones outside to call for assistance which has to come all the way from Colne or Blackburn. I will work with the Government to make sure that the Ribble Valley gets the police resources it needs to reopen our police stations and properly get to grips with rural crime."

‘’I want to  make sure there is  a more even distribution of police resources throughout Lancashire and that Ribble Valley and Clitheroe residents are  not be treated as second class citizens and feel safer in their homes and community.” 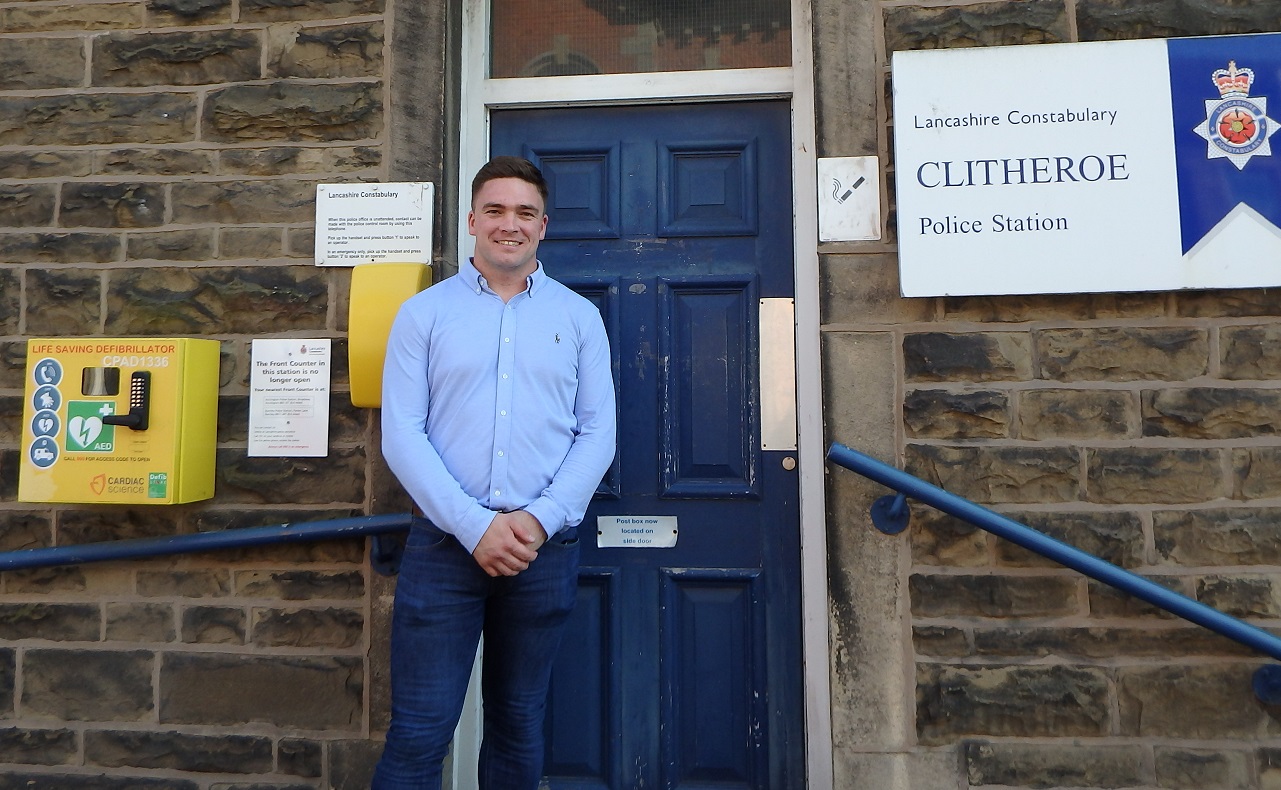 Jimmy Newhouse commented '' As a retained firefighter, I work constantly with the police officers  and see the need for the police  to be at the heart of the community. It is essential we re-open the police station and I shall strongly support the Commissioner's intention to give the public access to the police in Clitheroe. ''

Katei Blezard commented '' I will do all I can to support Andrew Snowden to roll back Labour's retreat from rural policing, if elected as a councillor.  The Ribble Valley Borough Council have representatives on the Police and Crime Panel which advises the Commissioner and I will make sure  Clitheroe's voice is heard through our representatives.