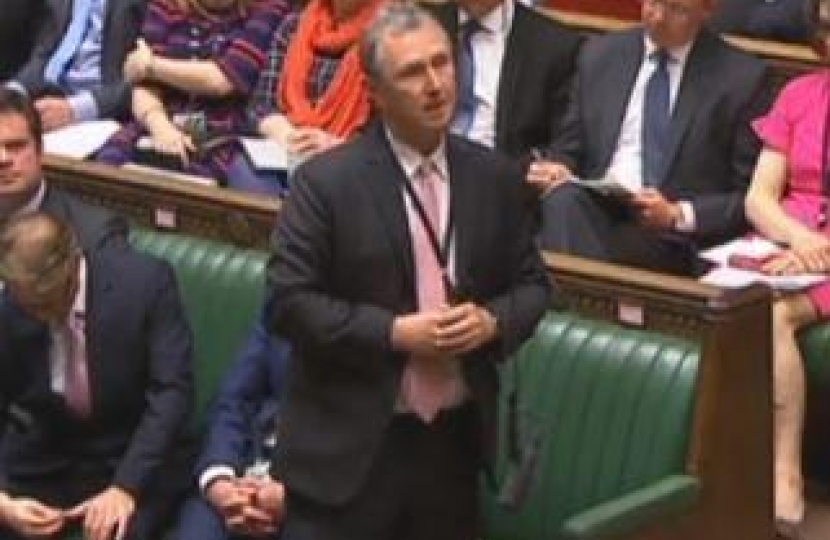 Today it published its first ‘People-Power Index’ ranking former MPs according to how they listened to and engaged with their constituents over the last two years.

The Full Table can be viewed at:

As you can see Nigel comes in at ninth in the list of 650.

Foreign Office minister Andrew Stephenson, who represented Pendle, is one place behind at 72nd.

Graham Jones, however, the Labour candidate in Hyndburn is disappointingly ranked 387th indicating that he doesn’t listen to the voters of Hyndburn on the critical issue of Brexit in particular - a vital issue to the constituency.

The Index was calculated using ten data sources from the last Parliament which measured the following, in priority order:

1.An MP’s availability to their constituents. This looks at how your MP is available online (email and social media), offline (holding “surgeries” in your local area and a caseworker), and whether your MP is distracted by a second (or third) job.

3.How an MP listens to the public. An MP’s top priority is their constituency, but they also have a responsibility to the wider general public to bring political attention to mass public campaigns and priority issues by discussing them in Parliament.

Nigel states: "I am delighted. I try to stay in constant touch with my constituents including running a annual summer travelling surgery visiting more than 35 towns and villages.”

Kajal Odedra, UK executive director of Change.org, said: “Unlike most jobs, there’s no job description for being an MP. So for the MPs putting themselves forward again, and when we’re looking at candidates to see who’s best for the job, how are we judging what a ‘good’ MP looks like”

“We believe that democracy is more effective when the views and opinions of the public are encouraged and genuinely listened to by MPs. So we’ve judged that being a “good” MP is about an MP’s openness and responsiveness to their constituents. That’s why we have created the People Power Index.”

The People-Power Index should be viewed as a health check of how Parliament is working and how our MPs are listening to, and engaging with, their constituents.