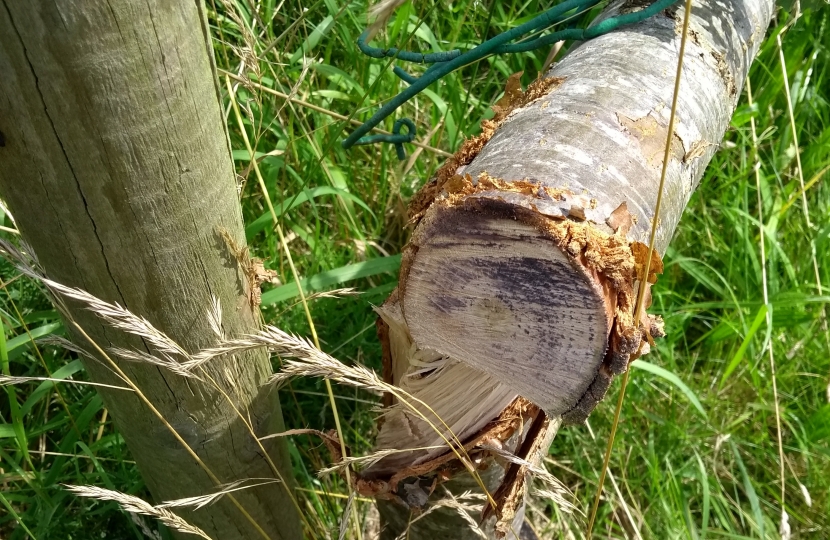 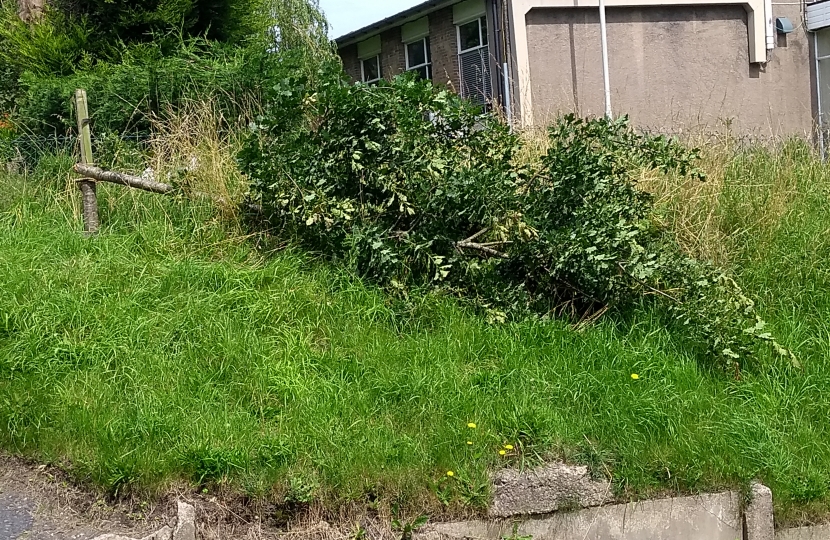 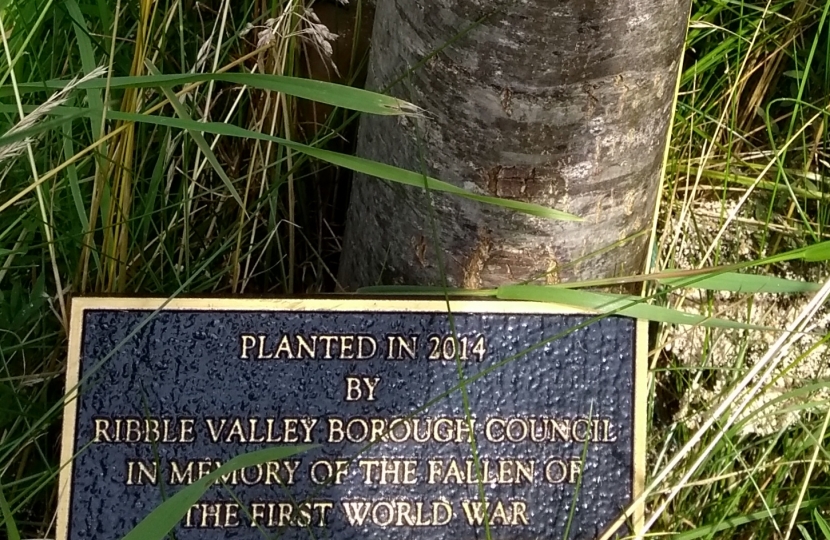 Councillors Sue Bibby and Stuart Hirst and residents of Wilpshire and Ramsgreave are shocked and saddened at the recent spate of vandalism in their ward.

Residents on Paris, Ramsgreave woke on Sunday morning, 9th August 2020 to find that the Ramsgreave War Memorial oak tree situated on the corner of Paris and Ramsgreave Road, had been hacked down. The tree was one of thirty five commemorative trees planted, one in each parish in Ribble Valley in 2014/15, and was part of The Great Wood Scheme, the 100th anniversary remembrance of young Ribble Valley men who lost their lives in the First World War.

The oak trees and associated plaques were planted by the then Mayor of Ribble Valley, Cllr. Michael Ranson and school children from each parish, who were also given poppy and wildflower seeds for their schools’ commemorative gardens.

The Ramsgreave community are coming together to save the wood and leaves from the tree to make commemorative mementos and will decide with the Parish and Borough Councils on a new memorial to keep the memories of the fallen servicemen alive.

Cllrs. Bibby and Hirst stated that they were at a loss to understand how or why anyone could desecrate such a fitting tribute to those who gave their lives in a war so significant in terms of the political, economic, cultural and social climate of the world. These brave young men are a part of someone’s family history in Ramsgreave and we must keep their memories alive.

The matter has been reported to the Police.

Well over 10,500 people mainly over 70, care and frontline workers including those in the NHS  have been vaccinated at Clitheroe Health Centre since the start of the vaccination programme from all over the Ribble Valley.